One of the great assets of living in a city with as much cultural breadth as Los Angeles is that, truly, there is something for everyone.

Whether you’re tantalized by tawdry Hollywood history, you’re all about table top role playing, or you just have a thing for the feel and sound of vinyl records, the city of angels is ready and willing to give you what you need when you need it.

And so are we!

The list prepared below is all about catering to your geekier inclinations, from video games and kitschy gift shops to an aviation themed eatery and a world dedicated to Harry Potter.

We hope you find something worth sharing.

There’s a laser cutter, a 3D printer, a maker bot, and pretty much every tool you’ve ever heard of (and probably some haven’t).

Crash Space (Collaborative Research Association of Social Hacktivity) is a non-profit organization that is a part of the growing global hackerspace movement. They’ve got 3D printers, a laser cutter, a maker bot, and more digital fabrication tools that would excite those who actually know how to use them. While the space is available to members only they do offer classes and workshops so if you think you’ve got the next million dollar idea here’s a chance to test the technology out. Crash Space holds an open house at 8 p.m. on the second Tuesday of every month.

We haven’t been shy about our love for Royce’s Saturday Freeplay (re-opening July 2016) with games including Space Invaders, Mortal Kombat, Street Fighter II, Marvel vs. Capcom, Frogger, Galaga, Pac-Man, and Arm Champs II. While free-play is on hold until next month you can still rent out the whole space for parties or rent out certain games. All in all it’s an arcade lovers haven and for vintage gaming novices it’s a great way to test out different games at no cost (read more about them in the related post below).

UPDATE: As of fall 2016 Royce’s has amended their program so it’s $3 to gain admission on Saturdays. They’ve also adding a Threeplay Fridays program into the mix starting on Oct. 22, 2016.

[RELATED: 19 Free (and Fun!) Things To Do on a Saturday in Los Angeles] 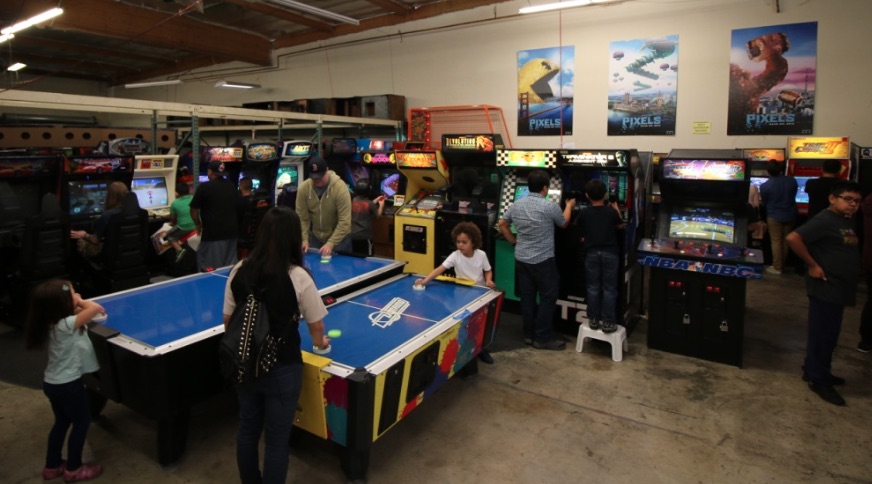 Meltdown is a one-stop shop for comic book fans carrying titles from Marvel, DC, Dark Horse, Vertigo and Manga and as well as sections devoted to Tintin and a collection of zines. It spans 9,000 sq. ft. so it’s practically an understatement to say their collections are extensive. If you want a chance to really delve into the world of comics you can check out Meltdown University which offers drawing, Photoshop, and marketing and promoting your work.

If you’ve ever said that your ultimate super power would be to time travel rest assured you no longer have to wait for the DeLorean to show up at your front door. TTM has two shops (Mar Vista and Echo Park) that specialize in tapping into our time travel fantasies with kitschy gifts and gadgets galore. From centurion helmets to Victorian iPods to a portable wormhole, the history buff and the sci-fi geek are bound to find a tchotchke or two that fires their imagination. The proceeds from the shop benefit 826LA, a literary nonprofit that provides free tutoring for students ages 6 to 18 and even hosts writing labs and sells their work at the shops. 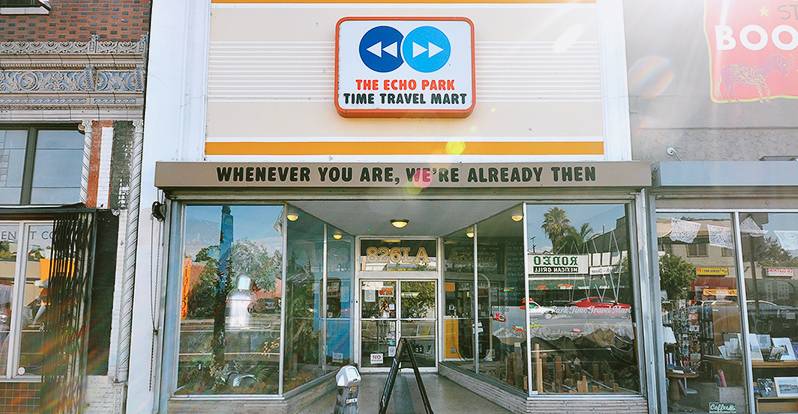 Sure board games at pubs or bookstores are hard to come by but this board game emporium puts others to shame in the best way. They’ve got Castellion, Boss Monster, Hanabi, Innovation, Ultimate Werewolf, Fairytale, Love Letter, Flip City, Star Realms, Coup, and The Resistance: Avalon. Game Empire hosts a board games and Dungeons & Dragons night every Wednesday.

There’s no shortage of themed tours in L.A. but for those looking for something a little off-beat and macabre this should do it. They offer eight tours including the Tragical History Tour and the Hollywood Movie Tour. The former is a multimedia ride through Hollywood and Beverly Hills to places like the house where Michael Jackson died, the pay phone in front of The Viper Room used for the River Phoenix 911 call and the infamous house where the Black Dahlia was found. In October horror film fans get a chance to visit the locations of classics including Halloween and Nightmare on Elm Street as well as Michael Jackson’s Thriller and Scream 2 with Michael Myers as their tour guide (all decked out, of course).

[RELATED: 7 Haunted Places in L.A. Where You Can (Allegedly) Dine With the Dead]

It’s been 40 years but still the cult is as strong as ever and thanks to the Nuart Theatre there’s no need to wait for an outdoor movie company to host a screening cause they’re hosting one every Saturday at midnight.

The iconic restaurant is nearly half a century old and at the beginning of this year was closed for an upgrade that will turn the 50,000 square-foot building into a food hall.  The original menu will presumably still be available alongside a variety of food and beverage kiosks surrounded by aviation memorabilia with floor-to-ceiling windows providing panoramic LAX runway views and a suspended P-40 Flying Tiger replica. The newly redesigned eating space (which will feature a array of options) is set to re-open around November of 2016.

This is what the new #proudbirdrestaurant is going to look like after renovations are complete in November. Tons of revamped and immersive aviation exhibits combined with a food bazaar featuring dozens of food options, plus a craft beer bar and wine on tap. Extremely ambitious, but could be awesome ✈️🍽😄 #LAX #aviation #elsegundo #flightpathmuseum @theproudbird

9. The Wizarding World of Harry Potter at Universal Studios

After YEARS of pining for the Wizarding World to make its way to L.A. we finally got our long-awaited chance to achieve our dream of joining Harry, Hermione, and Ron in Hogwarts (owl not included). You can visit Ollivander’s to pick a wand – well technically the wand picks you- and finally know what’s it’s like to down a glass of butter beer. If you’re a true fan you’ve likely already got your own Gryffindor or maybe even Slytherin gear so don’t be afraid to wear it with pride while you wait in line for Harry Potter and the Forbidden Journey (3D ride) and Flight of the Hippogriff, an outdoor coaster

The storied history of this beloved record shop means most Angelenos have at least heard of it if they haven’t already stopped by the iconic shop on Sunset. It’s the self-proclaimed largest independent music store carrying thousands of records from back in the day to contemporary releases. They also CDs, LPs, DVDs, 45s, 78s, 12”s or video games and you can get up to 30 percent in store credit. They host free live shows that have included the likes of  Cobra Verde, Patti Smith, Paul Westerberg, Neko Case, PJ Harvey, the Raconteurs, Ceci Bastida and Paul McCartney. Make sure to follow them on Twitter for concert announcements and giveaways.

Where are your favorite geeky hangout spots in the city of angels? Let us know in the comments below!