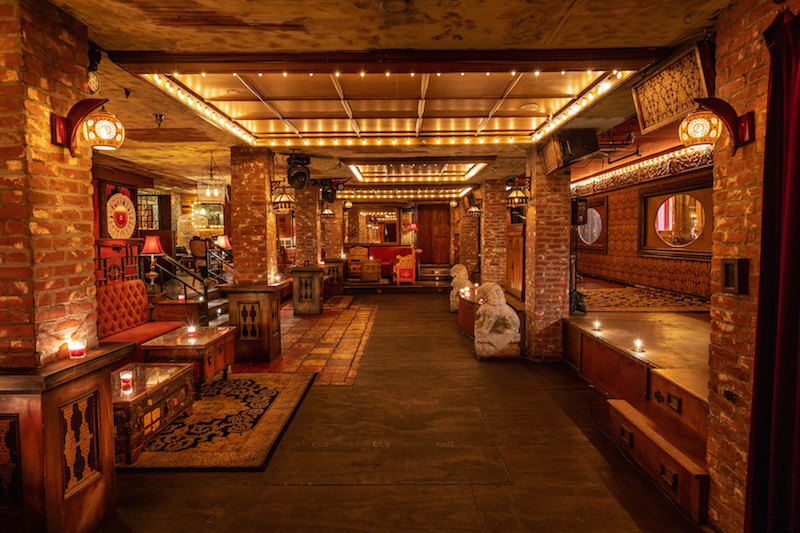 The Houston Brothers’ latest addition to an already robust portfolio of themed bars takes its design cues from roaming carnivals. Madame Siam Sideshow Emporium is a dimly lit, underground watering hole with craft cocktails, candy machines, vaudeville performances, and a midway of carnival games. One of those games even allows you to chuck objects at a cut-out of a certain president.

“I felt it was time to create something playful and evoke that inner child in a miniature, evolved version of Disneyland with a nostalgic and exotic twist,” Mark Houston, one half of the nightlife duo, told We Like L.A.

Guests enter Madame Siam through a secret doorway. That’s basically a Houston Brothers trope at this point. Once you’re inside you’ll find an underground lounge, equal parts sultry and whimsical. There’s a small stage for regular performances from contortionists, magicians, musicians, and more. There are welcoming leather couches, exposed brick pillars, bird cages, and a claw machine game that cheekily doubles as a lost-and-found. A red-and-white striped hall of games includes ring toss and a shooting gallery where a cork rifle is used to take down old cans. One game asks you to knock teeth out of a Trump caricature’s gaping maw, while another has guests attempting to whip Wiffle balls into Kim Jong-un’s.

“The games are an outlet for guests to express this tension we all feel thanks to today’s politics and the very real news,” Houston said. “Some things are hard to stomach; now we can lob a baseball at these issues. Our first and last intentions are just to lighten up these heavy times.” 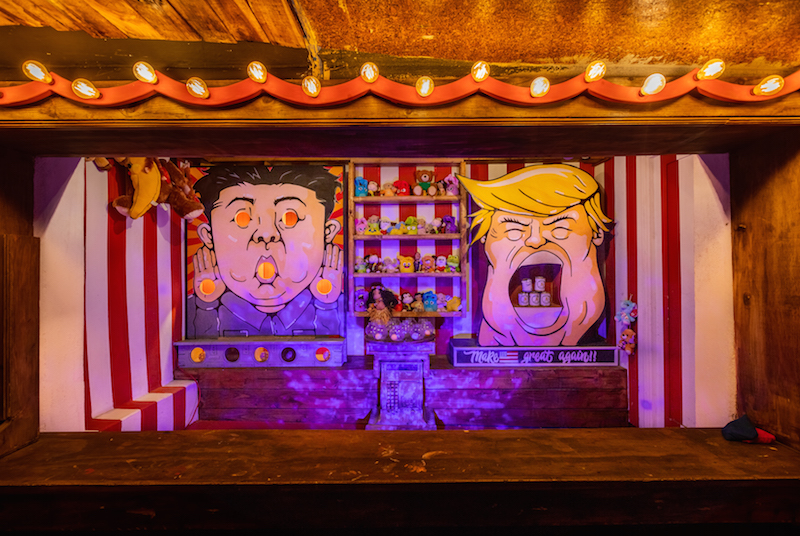 In addition to beer and wine, there are six original cocktails to choose from. They include the Calamity Jane—Wild Turkey, honey, lemon, lillet rouge, basil—and the Step Right Up, made with butter-washed Bacardi rum, coconut water, lemon, Crème de Cacao, and simple syrup. The Goon of Fortune, made with Japanese whiskey and mint syrup, comes served with a tiny stick of smoldering incense. Goon of Fortune is also the name of an Australian drinking game, and Madame Siam seems to have one of their own. Near the main bar is red-lit wheel that, when spun, offers fates including “Sexy Dance for a Drink,” “Howl Like a Wild Animal,” or a coveted token to receive a drink at a more secluded bar in the back room.

The cocktail menu is a pictorial map that depicts the six “lands” of Madame Siam. The detached merry-go-round horses that decorate the bar are an element of “Carousel Land,” while “Pola’s Prophecy Land” indicates the tucked-away tarot card reader who’ll read your fortune—if you can find her. Wild West Land might be where one finds the chuck wagon that serves up soft pretzels, corn dogs, and other carnival treats. It also operates as a smaller bar that serves up simple drinks and beer. 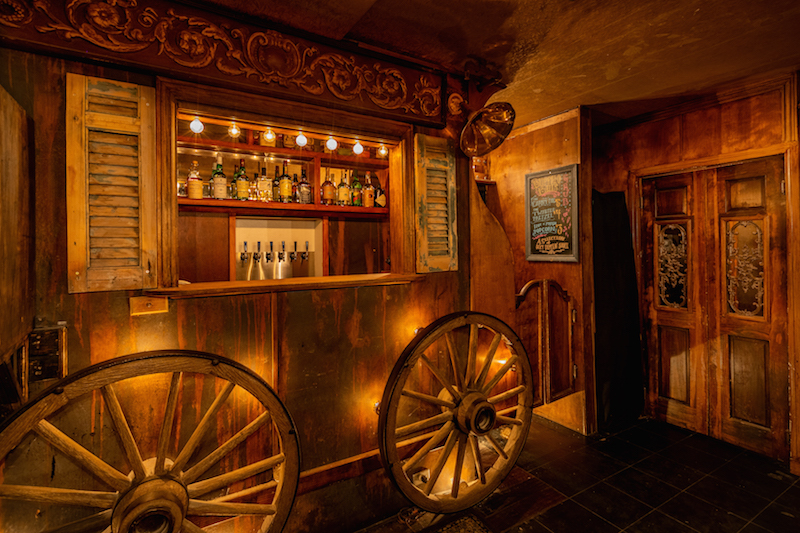 The bar is housed in the same building two of the twins’ other bars: Black Rabbit Rose and Dirty Laundry. Now known as the Hudson Apartments, this building was once called the Hillview Apartments. It was founded by Paramount Pictures co-founder Jesse L. Lasky and Metro-Goldwyn-Mayer co-founder Samuel Goldwyn in 1917. At that time, landlords were reluctant to rent to actors, whose incomes could be unreliable. Hillview was created specifically for them, and the likes of Viola Dana, Clara Bow and Mae Busch once called it home. The basement was used as a rehearsal space, though legend has it that actor Rudolph Valentino also ran a speakeasy out of the subterranean hideaway. A 2007 Los Angeles Times article indicates that this secret bar was accessed via a trap door from the sidewalk, establishing historical precedent for a hidden entrance. Of course, to figure out which door leads to Madame Siam you’ll have to go check it out for yourself.