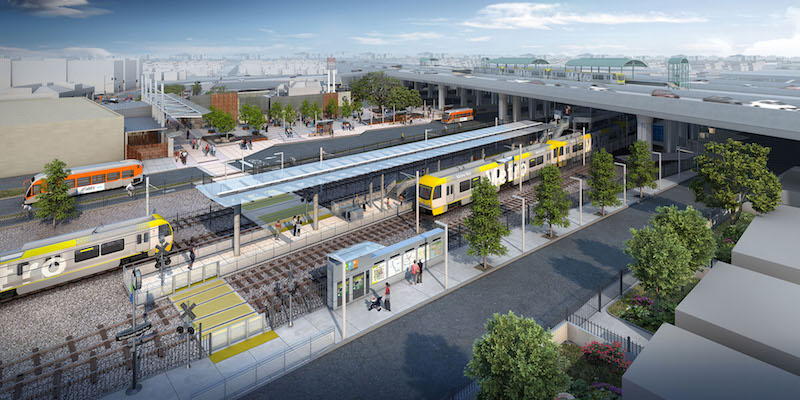 The 22-mile Blue Line from downtown Los Angeles to Long Beach is both the oldest and busiest of Metro’s rail lines. It launched in 1990—three years before the Red and Purple lines—and carries an estimated 73,000 passengers on an average weekday. However, the Blue Line will close for eight months in 2019 while it undergoes some $300 million in renovations.

According to Metro’s The Source, this overhaul is part of a larger $1.2 billion projected called The New Blue. As inconvenient as this may be for many of the Blue Line’s commuters, Metro promises a sizable list of upgrades that, when complete, are anticipated to provide increased public amenities and a shorter transit time of about 10 minutes, end-to-end. These improvements include four new switches so trains can move between tracks; new signals; new tracks in downtown Long Beach; and street-level improvements to the Washington-Flower junction.

The Press Telegraph reports that the Blue Line will be closed in two phases starting at the beginning of next year: from the Willowbrook/Rosa Parks Station to downtown Long Beach starting January 10 for an estimated four months, followed by closure of the 103rd/Watts Station to the Seventh Street Metro Center for another four. During this time, a number of local and express shuttles and buses will pick up the slack, though delays are expected.

Though eight months is a pretty long time for a busy rail line to be down, Metro believes this is a preferable alternative to sporadic shutdowns over the course of two to three years. The entire overhaul should be complete by October of 2019.

Fun fact: You can watch an animated timeline of Metro rail here.