Get into Six L.A. Museums for Free on Museums of the Arroyo Day 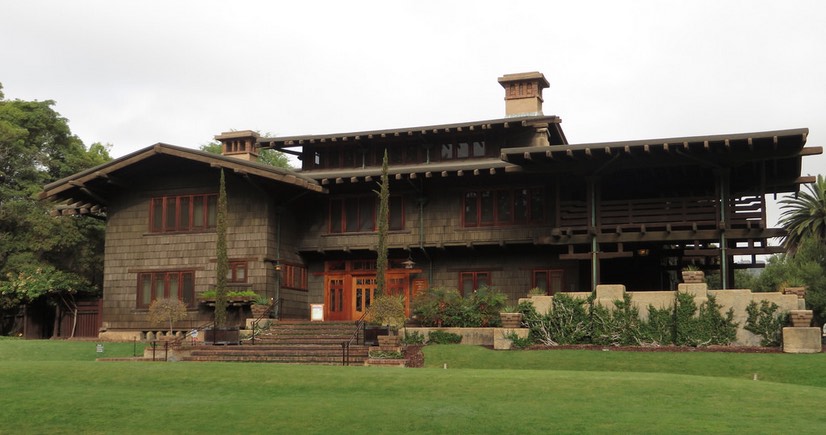 Museums of the Arroyo Day returns Sunday, May 20, with free admission to six museums including Gamble House, Heritage Square, Los Angeles Police Museum, Lummis Home and Garden, Pasadena Museum of History, and The Autry’s Southwest Museum Mt. Washington Campus. Each museum will also host a variety of special family-friendly events, while a free shuttle will ferry passengers among venues.

The Autry’s Historic Southwest Museum Mt. Washington Campus will host artist Miller Robinson’s “Of this body, of this earth.” You can find it in a pedestrian tunnel that, after many years of underutilization, was turned into an art gallery in 2016 with Thomas McDonnell and Brock Enright’s “Tunnel Entrance” installation. The 281-foot-long tunnel was built as an easier way to access the rest of the museum—which contains Native American artifacts, a conservation room, and a community garden—than hoofing it up the hillside.

The Gamble House will offer free refreshments, arts and crafts for children, and a Back to the Future exhibit with a DeLorean and the opportunity to meet ‘Doc Brown.’

The Heritage Square Museum will offer mini-tours, blacksmithing demos, and a variety of educational and arts activities for children.

The Los Angeles Police Museum is, as the name might imply, all about the Los Angeles Police Department. Guests can see a variety of police vehicles, aircraft, uniforms, and other ephemera, in addition to individual exhibits on major crimes including the North Hollywood shootout and the Onion Field murder. On Museums of the Arroyo Day, guests might catch an LAPD chopper flying overhead at 2 p.m. and 4 p.m. 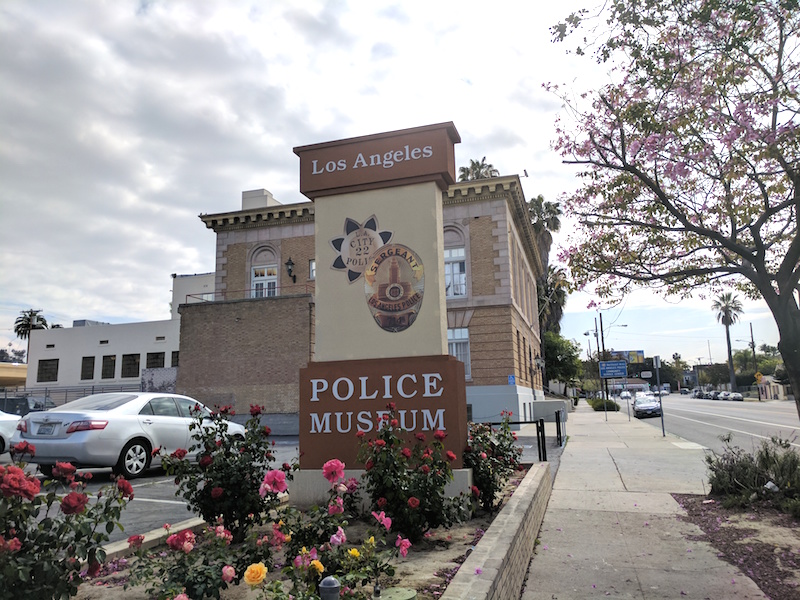 The Lummis House was built by Charles Fletcher Lummis, who not only served as the first city editor of the Los Angeles Times, but also founded the Southwest Museum. On Museums of the Arroyo Day, The Lummis House will offer self-guided tours of the historic stone house, arts and crafts for children, and the opportunity to look at the sun via a solar telescope. Historian Dennis Harbach will be on hand to answer questions about the home’s many esteemed visitors between 1897 and 1928. Curious to see if someone in your family tree stopped by? Harbach may be able to answer that for you.

The Pasadena Museum of History will have its “Dreaming the Universe: The Intersection of Science, Technology, and Southern California” exhibit on display. This exhibit explores sci-fi from the 1930s to the 1980s, and how it developed alongside science and society. Curated by former Los Angeles Science Fiction and Fantasy Society president Nick Smith, guests will find art, books, photos, and other items from sci-fi authors, illustrators, and fans, plus costumes from Battlestar Galactica, Planet of the Apes, and more. Children will be able to make their own spacecrafts, and Star Wars cosplay groups will be on hand for photo ops. Tours of the Fenyes Mansion and the Finnish Folk Museum will also be available.

Museums of the Arroyo Day is on Sunday, May 20 from noon to 5 p.m. Note: last entry is 4 p.m. For more information on museum exhibits, parking, and shuttle stops, click here.