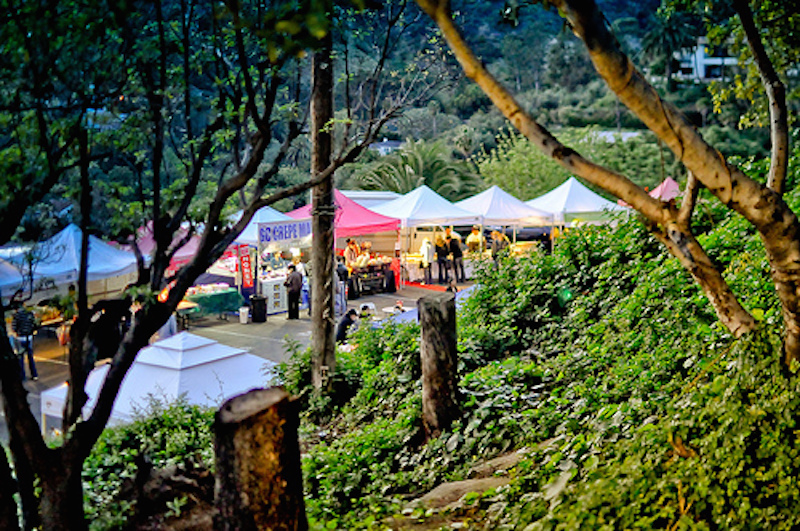 The night market at hilltop Asian restaurant Yamashiro returns tonight and will continue every Thursday, 5 to 9 p.m., through September 27.

The market was started by City Farm in 2009, who return to the property after a brief hiatus following the sale of Yamashiro to new operators. City Farm works to bring fresh, organic produce and healthy prepared foods to communities throughout Southern California. All City Farm markets will accept Cal Fresh EBT, and the one at Yamashiro comes with some of the best views in Hollywood.

Highlights of opening night include live jazz/flamenco music from Joe Calderon and Kenny Hudson, food, crafts, beer, and wine in addition to vendor wares. Food options will include Coolhaus, wood-fired pizzas from Urban Pie, Middle Eastern-Mexican fusion from Ta’im Taco, and Border Grill. Other vendors will sell vinegar, honey, flowers, produce, and more. Those who’d like to follow up shopping with a cocktail may do so at the Pagoda Bar until 10 p.m.

Shoppers must access the market via a shuttle, as parking at Yamashiro is limited. Park at Mosaic Church on Hollywood Boulevard, where a shuttle will ferry passenger back and forth every 15 minutes until 9:30 p.m. Pets not allowed. More info here.