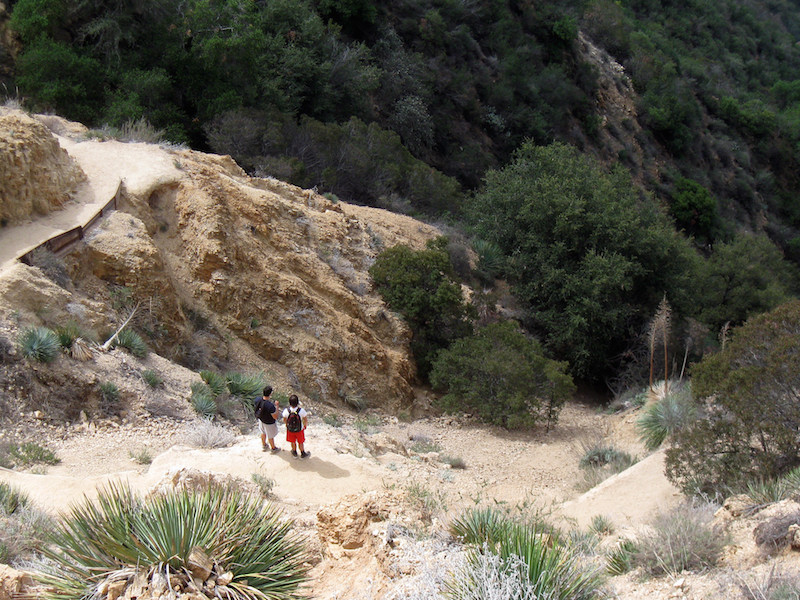 A shuttle will take hikers from the Gold Line to a popular trailhead in the San Gabriel foothills starting April 7. The shuttle is part of a pilot program scheduled to run through September 30.

According to Pasadena Star News, the shuttle will pick up passengers at the Gold Line Memorial Park station in Pasadena and ferry them to the Sam Merrill trailhead in Altadena. Hikers can then trek 2.7 miles to the former site of the Echo Mountain Hotel. The cost for passengers is 75 cents each way, which can be paid in cash or with a TAP card. Buses will operate Saturdays and Sundays between 7 a.m. and 5 p.m. through the end of September.

For those who take advantage of the shuttle, you’ll also be able to check out the Cobb Estate ruins at the beginning of your journey. Fans of the 1979 horror film Phantasm may recognize the still-standing gates as the entry to a cemetery in the film. In real life, lumber magnate Charles Cobb built his home in 1918, where it stood until the Marx Brothers purchased it in the 1950s and tore it down.

Los Angeles hiking authority Casey Schreiner of Modern Hiker notes that while the most popular trail here is the Sam Merrill Trail, there are, in fact, even more ruins to be explored if you’re feeling particularly adventurous.

This is the third time an attempt has been made to take pedestrians from the Gold Line to hiking trails. Two prior attempts occurred in 2016. One shuttle went from the Arcadia Gold Line Station to Chantry Flat to alleviate parking woes, but it didn’t last. The other ran from the Duarte/City of Hope station to Fish Canyon, but was shut down due to the Fish Fire. The latter shuttle is expected to eventually resume.