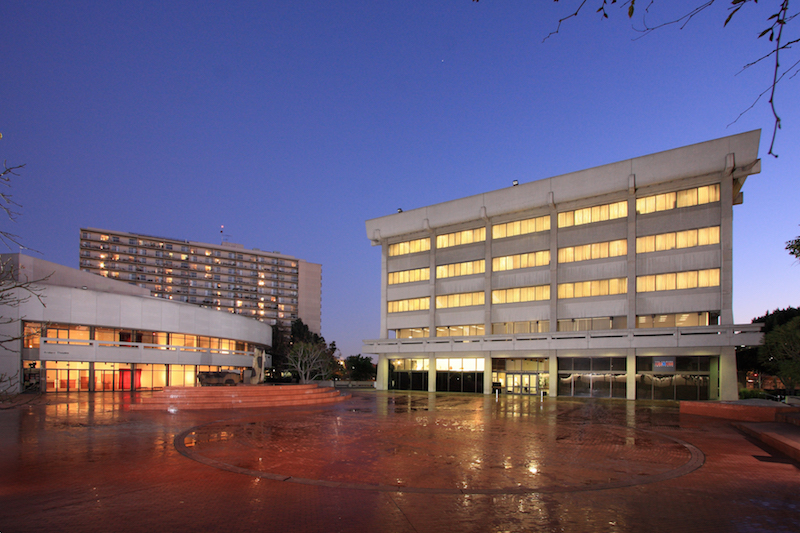 Mini-golf is one of the United States’ great roadside attractions. Yet if you give it some thought, you’ll realize that Los Angeles doesn’t have very many courses. Little Tokyo will change that, however temporarily, via a pop-up coming the neighborhood this April.

The Inaugural Little Tokyo Mini Open will be held at the Japanese American Cultural & Community Center (JACCC) April 21, 22, 28, and 29 from 11 a.m. to 4 p.m. The nine-hole course was designed by local artists who took inspiration from the past, present, an future of the neighborhood, according to a release.

Artists include Brie Wakeland, Mei Zhao, Lina Cheng and Dan Kwong, and Mario Correa and Zen Sekizawa of MANO YA. The latter pair will take inspiration from Isamu Noguchi, the artist who designed the JACCC Plaza, and how his experience in an internment camp influenced his work. Noguchi was a renowned sculptor and native Angeleno who became a political activist during WWII. He left his home in New York and went to live in in the Poston War Relocation Center in Arizona in 1942, even though he was not ordered to do so. His hope was that he could improve the lives of those who were interned. He came up with many designs and ideas, which the War Relocation Authority rejected. This experience had a lasting impact on Noguchi and his art.

The mini-golf course will offer both tournament and open play. Open play is $3 for adults, free for children 12 and under. While walk-ups are welcome, though registering in advance online is recommended. Tournament-style play is $100 for a team of four.

The Little Tokyo Mini Open is a project of the Little Tokyo Business Association, in partnership with JACCC and Sustainable Little Tokyo, and funded by Let’s Play (Dr Pepper & Snapple Group). Go Little Tokyo is a Little Tokyo Community Council (LTCC) project that encourages exploration of the 134-year-old neighborhood’s many dining, shopping, and cultural destinations. For a list of We Like L.A.’s favorite things to do in Little Tokyo, click here.

Correction 3/22/2018: This article has been updated to clarify the sponsors of the event.