Hands down the deal of the week is at South Bay’s Mikey’s. They’ll be celebrating their 65 years in business with 65-cent sandwiches and pizza on April 7. In other big news, the hot chicken gods have answered the city’s prayers! Finally, Howlin’ Ray’s will now be open an extra three hours longer and while we suspect the line will still be there, the wait time for getting your Nashville Hot Chicken fix will probably be shorter over all. More intel below. 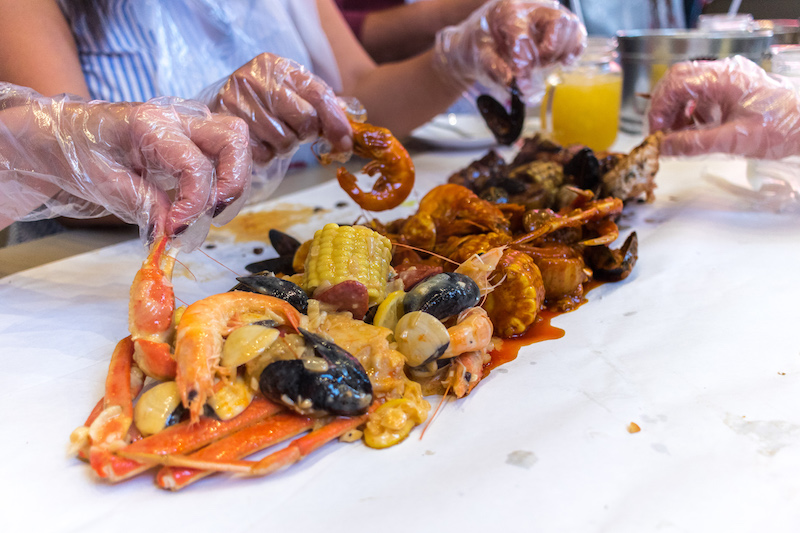 Come celebrate with us on April 7th for our 65th year anniversary! 🎉 The first 65 people in line will receive either a free Mickey's Combo, Sauce Sandwich or slice of pizza as well as a free jar of Mickey's homemade sauce (limit one per person). Each customer after that will be able to purchase those three items for only $.65 cents each! ☺️🍕

The Mance family’s pizza and deli shop, Mickey’s marks 65 years of business on April 7. To celebrate Mickey’s will offer the first 65 people who come in on that day their choice of a free Mickey’s Combo, Sauce Sandwich or slice of pizza. Each customer thereafter that will be able to purchase those three items for only $0.65 each. The special runs from 11 a.m. to 2 p.m.

AYYYYYEEEE @thehowlincrew CELEBRATING BC WE OPEN TILL 7 EVERY DAY (except Monday, we are closed Monday) 👏💯♥️🙏 #stayhowlin

According to Howlin Ray’s Instagram, the Nashville Hot Chicken spot that drives insane lines of fans to their Chinatown shop sometimes with wait times as long as five hour has finally extended their hours. Now open Tuesdays through Friday from 11 a.m. to 7 p.m. and Saturday and Sunday from 10 a.m. to 7 p.m. the three extra hours (they used to close at 4 p.m.) will hopefully allow for shorter wait times, but we don’t think the line will go away any time soon. 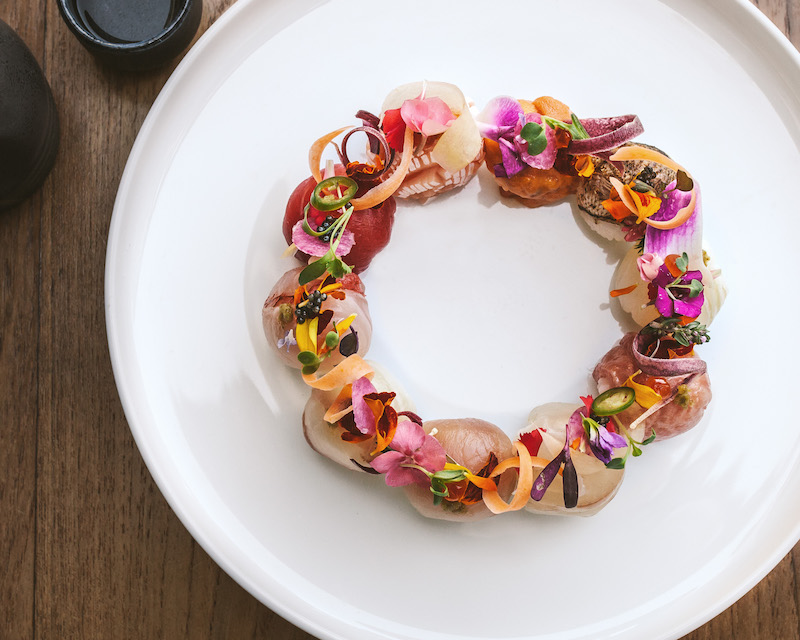 Blue Ribbon Sushi located at The Grove has launched a “Coachella Roll” in celebration of the popular desert festival. The roll cost $35 and will be available April 13 and April 20, the Fridays of the festival. Coachella Roll is composed of Tamara Sushi with Albacore, Toro, Uni, Tuna, Shrimp, White Fish and Salmon topped with an edible garden of garnishes made to look like a beautiful flower crown.

Piencone is a new spot set to open on April 4 in Eagle Rock serving pizza, ice cream and alcohol in a massive 4,500 square foot space. Operated by Michelle and Corey Wilton, the husband-and-wife duo behind Four Café in Eagle Rock and bar expert Herb Gualpa, the new eatery will offer artisan pizzas, house made organic ice cream and a full bar serving a curated selection of craft beer, wine and cocktails.

Piencone’s large space houses five rooms including a main dining room, lounge, atrium area, full back patio and bar. Open all day, there is a counter service situation during the day and table service at night. Piencone is located at 1958 Colorado Blvd in Eagle Rock.

Every Sandwich at Eggslut, Ranked by Los Angeles Magazine

Los Angeles Magazine recently stopped by the newest location of Eggslut at the Beverly Center to try all six sandwiches on the menu. See how the magazine ranked the egg-centric sandwich creations here.

Did you know Tuesday in Spanish translates to Tacos & Tequila? 😏 Join us for both starting at 4pm this afternoon. Get two tacos, and a shot of tequila or Margarita for $14. ❣️❣️❣️

On Monday, April 9, Mi Corazon’s new Silver Lake location will launch Industry Night to celebrate hospitality professionals through discounted drinks and appetizers from 4-10 p.m. every Monday. Expect shots for $6, beers for $5, a “Cocktail of the day” for $9. Food specials include two mini potato flautas for $2, two mini hard-shell tacos (choice of chicken or beef tinga, or veggie) for $4 and two chicken flautas with chipotle mayo for $7. In addition Mi Corazon has daily specials that include Tacos & Tequila Tuesdays, Guero Wednesdays, Thirsty Thursdays and Weekend Brunch. 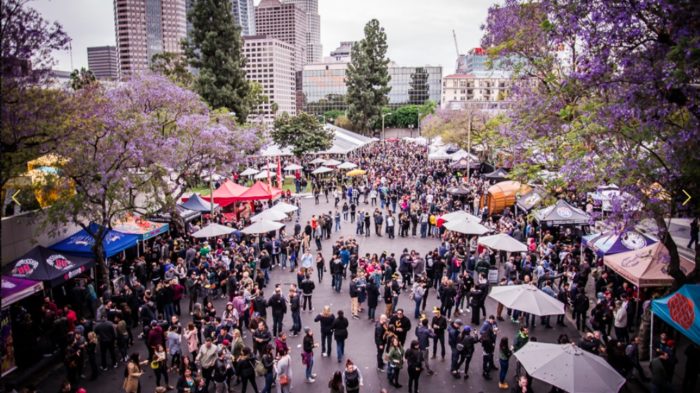 The Collective Affair by 365DOTS will hold their special ‘Business of Food’ panel with food bloggers and experts at Angel City Brewery in DTLA this Wednesday. Expect food by Brack Shop Tavern, Baldoria, Edmon, Nixon Chops & Whiskey, 71 Above and Beauty Bar Chocolates,

Bad Housekeeping at Good Housekeeping in Highland Park pops up every Wednesday now through May 30. On these nights you’ll find libations inspired by bad recipes of the past including a ‘glazed ham’ and cherry cordials cocktail.

April 5 is National Caramel Day, celebrate by walking through a life sized CANDY LAND game board in Santa Monica thanks to Werther’s Caramel and Hasbro. This pop-up only happens for one-day only on the Santa Monica Pier.

The last Autry Flavors themed “From Trail to Table in the 21st Century” is this Friday and will feature a discussion with modern cowboys on how to raise cattle, food stations serving natural grass-fed beef creations, access to the galleries and garden of The Autry, and presentations by chefs and food history experts.

The 9th Annual L.A. Beer Fest returns this Saturday to the Los Angeles Center Studios in Downtown L.A. for an afternoon of showcasing 80 breweries serving up 200 beers.

Celebrate the 4th birthday of Redondo Beach’s King Harbor Brewing this Saturday. The party will include copious amounts of beer (30+), snow cones, music, games and more.

The 5th Annual Montrose Craft Beer Fest will feature a wide range of breweries that include Wolf Creek Brewery, Hilltop Homebrewers, Bottle Logic Brewing and Hangar 24. In addition to beers there will be food samples, lawn games and photo booths.

Same Same, Silver Lake’s Thai wine bar, will celebrate its second anniversary this Sunday. At 6 p.m. they’ll host a party with blessings, Thai decorations, music and dancers, and a complimentary snack for all guests.