The Broad is About to Totally Revamp Their First Floor Gallery 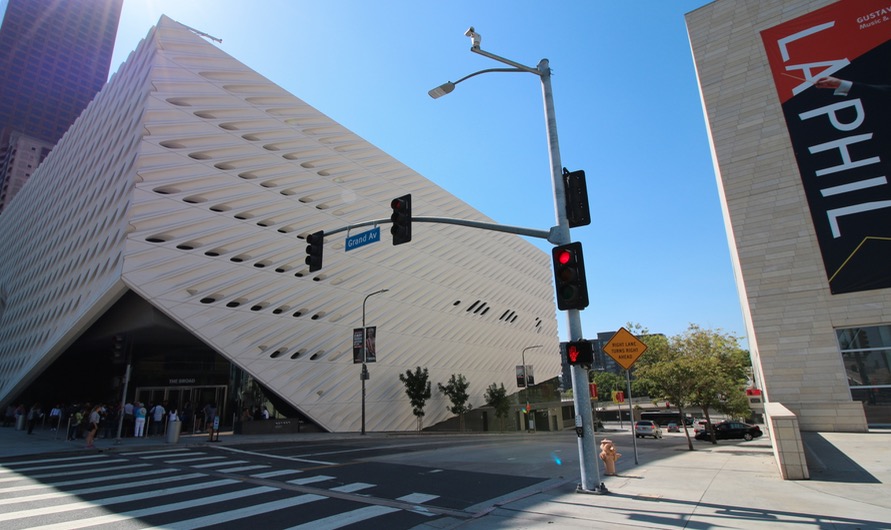 Crossing the street to The Broad. Photo by Brian Champlin / We Like L.A.

The Broad will present a new, free exhibit beginning June 30, showcasing over 50 pieces from over 20 different artists. While some have been on display in the past, about half have never been seen by Broad visitors before.

A Journey That Wasn’t will feature a host of postwar and contemporary works, organized as “complex representations of time and its passage,” according to a release from the museum. Works include Sharon Lockhart’s 60-piece After Russell Lee: 1-60 (2016) photo series, which is one of 24 new pieces recently acquired by The Broad, and Sharon Lockhart’s Pine Flat Portrait Studio series (2005). Some artists, including Iraqi mixed-media artist Toba Khedoori and Australian sculptor Ron Mueck, will receive their Broad debut via the exhibit. This will also be the first time L.A. artist Ed Ruscha’s “Azteca/Azteca in Decline” (2007) has been shown in Los Angeles. The 27-foot-long diptych is a recreation of a mural Ruscha observed in Mexico City. 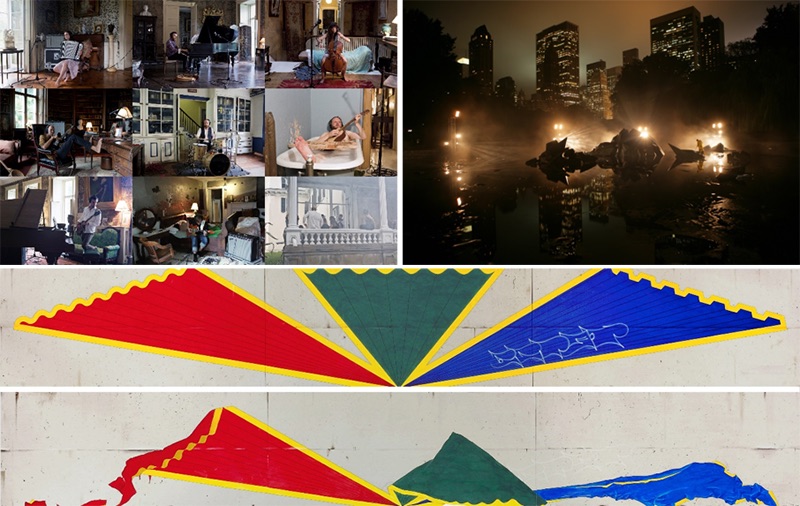 The exhibit will also see the return of Icelandic performance artist Ragnar Kjartansson’s “The Visitors” (2012), which was last at The Broad two years ago. The video installation consists of nine screens, one of which features Kjartansson playing a guitar in a bathtub. He sings the line, “Once again, I fall into my feminine ways.” Soon, he is joined by eight other musicians, each one performing in a different area of an estate located in upstate New York. The entire piece is over an hour in length.

The exhibit derives its title from French artist Pierre Huyghe’s 2006 short film, “A Journey that Wasn’t,” taken from a trip Huyghe took to Antarctica to find a rare albino penguin. Footage from the expedition is interspersed with footage from a performance in Central Park.

“A Journey That Wasn’t brings forth the rich array of artworks in the Broad collection that capture the passage of time by including artists who use devices such as rhythm, repetition, duration, artifice and appropriation to investigate and distort our perceptions, memories and emotions,” Joanne Heyler, founding director of The Broad, said via a release. “The exhibition provides viewers space in which to reflect on their own malleable experiences of time, illusion and memory.”

A Journey that Wasn’t opens June 30 in The Broad’s first floor galleries, and will be on display through February 2019. To see it, guests must reserve a free ticket to The Broad online, as per usual. Reservations to see Japanese artist Yayoi Kusama’s infinity mirror rooms, of which The Broad now boasts two, must be reserved separately at kiosks inside the museum.