The Valley Has a New Belgian Brewpub with a Stunning Interior 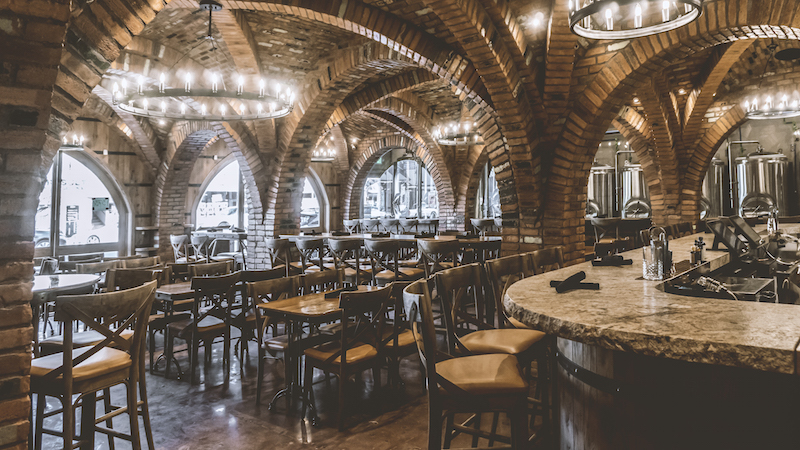 Belgian brewpub Bluebird Brasserie is a stunning addition to a busy stretch of Ventura in Sherman Oaks. Apart from the glass doors, the space is completely unrecognizable from its previous iteration as an Italian restaurant, redone with gorgeous brick arches that’ll make you feel like you’re in Bruges.

Exactly Bruges, perhaps. Restauranteur Tony Yanow of Artisanal Brewers Collective (ABC) was apparently inspired by a trip to La Trappiste, a beer cafe in Bruges, and its very similar brick arches. So similar, in fact, that if you translate this article from Dutch to English (or are a Dutch speaker yourself), you’ll find that La Trappiste manager Regnier De Muynck is a little miffed that no one told him about the homage in advance, but not surprised someone would seek to replicate those sweet medieval vaults. Imitation, flattery, etc.

Yet Bluebird Brasserie is more than its photogenic ceilings. Belgian-style beer is brewed on-site and helmed by former Pizza Port brewer Noah Ragnery. Options include the dark and rich Double Dutch and the amber Chapeau du Jour. The pub also serves about 10 beers from outside breweries like The Lost Abbey and Orange County’s The Bruery. If beer isn’t your thing, they’ve got a selection of wine, absinthe, and cocktails. Biting onto the put-CBD-oil-in-everything trend, they offer the gin-based Gentle Monk, a fresh and earthy cocktail with foamy aquafaba. Others pull from the classics, like the mezcal negroni and the boozy Nutty Old Fashioned. 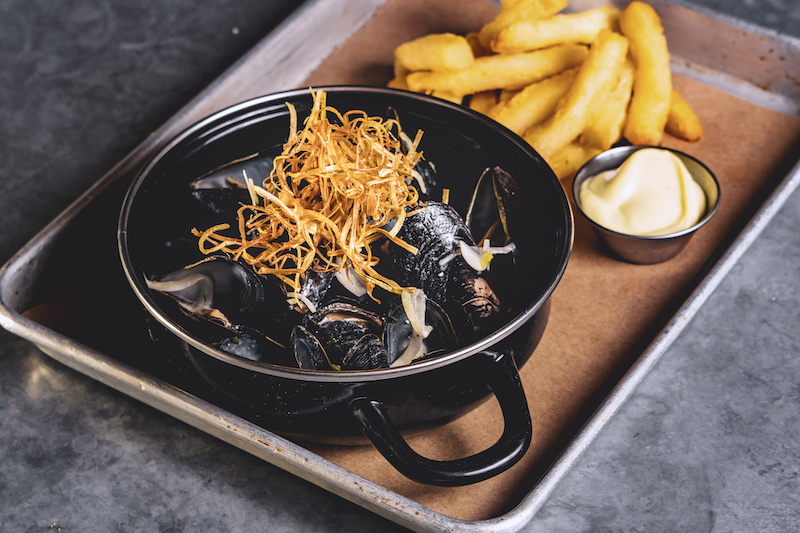 The menu consists of a variety of Belgian dishes, including a gooey beer cheese croquette and meatballs made with either beef or vegan Impossible Foods meat, served with potatoes and leeks. One standout is the steak frites, an 8 oz flat iron steak prepared with either melted butter or green peppercorn sauce, and served with fries. They’ve got moules-frites (or, mussels and fries), too, in a variety of styles including a coconut curry. Should you like, you can swap the fries for crusty bread. For dessert, it’s obviously the Belgian waffles, topped with a hearty scoop vegan ice cream. A fair amount of options exist for vegetarians and vegans, including a cassoulet made with Impossible meat.

Vibe-wise, expect a neighborhood feel before sundown, with lots of natural light coming in via the street-facing windows. At night things get a bit sultry as candlelight flickers across brick and oak panels to set the stage for dates—or whisper-scheming over the Iron Throne with a goatee-wearing friend.