This week, from Monday, January 15 to Friday, January 18, features Astronomy on Tap, a Ben & Jerry’s Carnival, Endless Poetry at The Hammer, a Bowie vs. Prince dance mashup, and MUCH more. 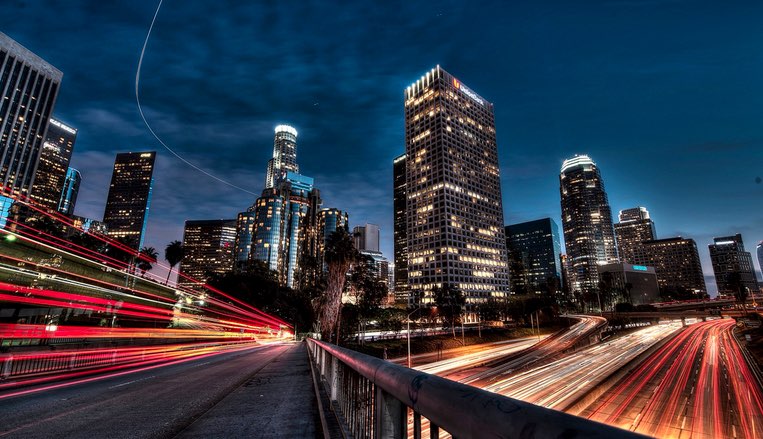 2. dineL.A. the city’s restaurant week (January 12-26) kicks of this Friday with another round of exclusive lunch and dinner menus (and deals!) at a laundry list of the city’s finest eateries. Want to know where to eat among the huge list of choices? Start here, with our picks for 20 can’t-miss menus.

3. The 32nd Annual Kingdom Day Parade will travel from Western and Martin Luther King to Leimert Park where KingFest 2.0 (presented by 102.3 Radio Free KJLH) a community festival with music and food will take place.

4. Join Boomtown Brewery for Monday Movie Nights, a new monthly movie screening in their private event space set up with comfy couches, craft beers, popcorn and an option to order from Purgatory Pizza. This week they will screen Remember The Titans. FREE

5. Astronomy on Tap at Der Wolfskopf in Pasadena brings professional astronomers to bars to give informal talks on a variety of scientific topics followed by lots of discussion with guests. And beer!

6. Redondo Beach Restaurant Week is back from January 12 to 26. Dozen of eateries from the beach city’s growing food scene will be participating by offering either specially priced prix-fixe lunches and/or dinners, or other Restaurant Week-only special offers

1o. Ben & Jerry’s is throwing a pop-up carnival to announce their newest ice cream flavors. Happening at the corner of Hollywood Blvd. and Vine Street, ice cream lovers will have a chance to partake in carnival games, rides and sample the Pint Slice flavors totally free. FREE

11. Get a free Margherita pizza during the grand opening of MidiCi The Neapolitan Pizza Company in Century City. Happening Tuesday and Wednesday from 11 a.m. to 2 p.m. Limit one per guest. FREE

12. Down some tacos, drink some locally brewed beers and test your trivia skills this Tuesday during Tacos & Trivia night at Angel City Brewery in DTLA.

14. The Super Serious Show is a comedy event produced by CleftClips featuring both established and up-and-coming talent performing an array of stand-up, sketch and musical comedy. Happening at The Virgil.

15. FLIX at FIG will screen Groundhog Day at FIGat7th in DTLA. The free movie screenings happen every third Wednesday of the month. A live DJ and happy hour kicks off the night at 6 p.m. and the film begins at 7 p.m. FREE

16. Every first and third Wednesday of the month, BEAR CITY brings free comedy and free pizza to Que Sera in Long Beach. FREE

17. Take an afternoon yoga class in beautiful Grand Park. The 45 minute workout is complimentary to the public every Wednesday and Friday. After yoga, checkout the many food trucks lining the park and grab lunch al fresco style.

18. Come to the Frogtown Brewery this Wednesday for Beer, Bingo, & Trivia Night.

19. Stop by the Skirball for “Mexican Today” a conversation with celebrated chef Pati Jinich who grew up in Mexico City, writes about food for the Washington Post, and has cooked at the White House for President Obama’s Cinco de Mayo celebration. FREE

20. Looking to step outside your culinary comfort zone? Savor a five-course meal where each dish features a bug or insect at a EatBugEvents dinner in Culver City this Thursday.

21. Jim James will perform a free show at Amoeba Hollywood this Thursday. FREE

22. Black Rabbit Rose, part theater for magic and variety acts and part craft cocktail bar, takes you into their retro-style cabaret shows set in an intimate and mysterious setting. DISCOUNTED (via Goldstar)

23. Been thinking about giving back to the community? Checkout Burrito Project L.A. a meet-up that preps burritos to be delivered to folks in need. They’ll be prepping this Thursday.

24. Independent Film at LACMA presents a screening of John Carpenter’s 1988 horror/suspense film They Live, a thriller about aliens taking over the earth by turning human beings into mindless consumers.

25. All My Single Friends is described as part comedy show and part live dating app taking place at the Copper Still. If you’re so over Tinder and Bumble check this show out where you’ll be in a room with some of LA’s best comedians and hottest singles.

27. Bootie LA returns to the Echoplex this Friday evening for a special Bowie vs. Prince Mashup Night.

28. ‘The Garden’ is a new series by the LA Phil offering complimentary pre-concert drinks and views of the DTLA Skyline followed by masterful performances. Taking place on select Fridays starting January 5 through June 1. Check for discount tickets before making your purchase to the actual concert.  DISCOUNTED (via Goldstar)

29. Greenbar Distillery will host their popular cocktail class this Friday. The theme is “Fresh Produce,” guests will get to experiment with seasonal fruits, vegetables and herbs along with a variety of Greenbar organic liquors. Must be a member to sign up for classes, membership is free.

30. Get an inside look at the world of professional street skateboarding as Sociologist Gregory Snyder presents his new book Skateboarding LA at The Last Bookstore. FREE