This week includes the LA Auto Show, holiday ice skating in DTLA, a Game Arts fest, an open house at the Biltmore, a ‘CHILL’ experience at the Queen Mary, a Pancakes & Booze Art Show, and plenty more to choose from! 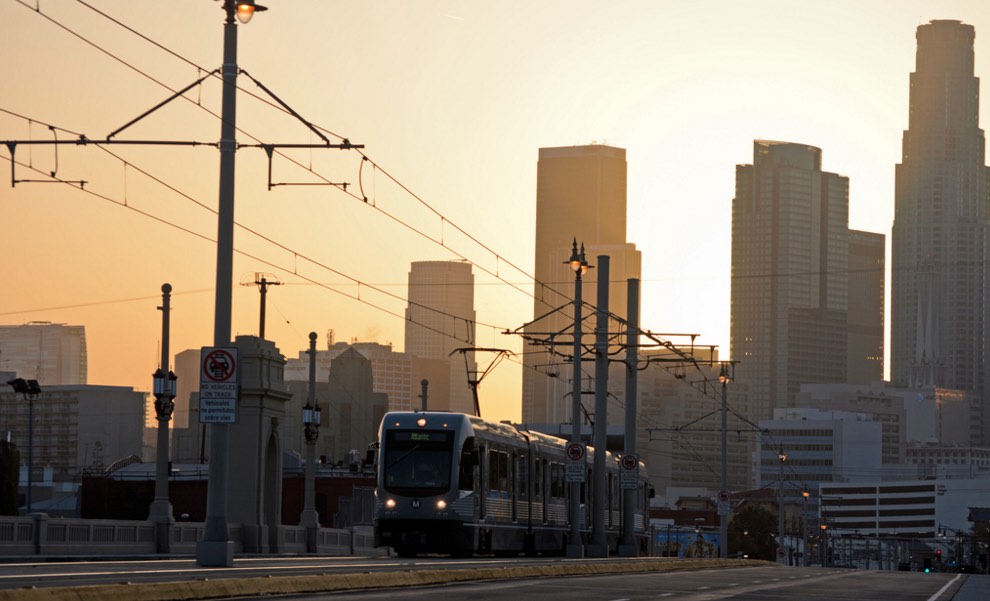 The Los Angeles Lady Arm Wrestlers Fall Brawl is set to go down on November 16 at the Bootleg Theater with all proceeds benefiting REALGirl, an organization dedicated to the empowerment of young women. Expect mayhem, arm wrestling matches, live music, and even a appearance by celebrity judge Keegan-Michael Key (Key & Peele).

This November, Sushi Roku commemorates its 15th anniversary in Pasadena at One Colorado. In honor of the milestone, the restaurant will offer 50% off all food items during dinner hours (Sunday: 4:00pm-10:00pm, Monday-Thursday: 5:30pm-10:00pm) from November 15-19. Guests must mention the anniversary promotion to receive the discount.

6. The Ancient Forest At Descanso Gardens

LACMA will screen The Glass Key. This ongoing  Tuesday Matinee film series cost $2 for members and $4 for non members.

The UCLA Game Lab is collaborating with the Hammer Student Association to present a FREE evening of unique fun and gaming in a festive party atmosphere. In addition to the games there will be live music, refreshments, and game-inspired artworks.

10. Discounts to The Little Mermaid at The El Capitan Theatre

A limited run of Disney’s Academy Award-winning film “The Little Mermaid” from November 5- 22, 2015. Before and after the movie, El Capitan guests will be greeted by Ariel, live on stage. The El Capitan will also host a special opening night screening this Thursday. More information and discount tickets via Goldstar.

Expect to see some of today’s best working comedians alongside a few young up-and-comers at one of the best live comedy shows in Los Angeles, The Super Serous show! Although the lineup changes each month, the creators of the show Mandee and Joel of CleftClips try to consistently create a intimate and magical atmosphere to have a laugh. This week’s line up includes Beth Stelling, Anthony Jeselnik, Clare O’Kane, Lindsay Benner, Rory Scovel, Allen Strickland Williams and videos by Wendy McColm .

STARS of Cabernet brings 40 world class wine producers together for one evening to allow wine lovers a rare opportunity to taste over 100 of the best wines in the world today. Guests get to enjoy unlimited wine tasting, tray passed hors d’oeuvres, and an assortment of breads, cheeses and chocolate with their ticket.

Join FIGat7th for dinner and a movie. Grab food from their TASTE Food Hall, cozy up under a warm blanket, and watch a FREE movie every third Wednesday of the month. A live DJ and happy hour kicks off the night at 6:00pm and the film begins at 7:00pm.

The Bootleg Theatre in Echo Park is offering one hour long yoga classes with Kali Yoga every Wednesday and Sunday for just $10 a class. Updates,schedules and an indie rock instrumental playlist for the classes can be found on their Facebook event page. Tickets for the class need to be purchased in advanced.

Get your sun salutations on in the middle of Downtown’s Grand Park! The free yoga class starts at 12:15pm and runs to 1:00pm.

Admirers of the mansion can get a chance to step inside the illusive estate for Maison de Luxe, a designer show house event presented by Luxe Interiors + Design, in conjunction with the City of Beverly Hills and the Friends of Greystone. Check out our full post for more information, ticket prices and dates.

Thai Town, Little Armenia and Korea Town are filled with great food, shops and culture. For those interested in getting to know these neighborhoods this tour is the perfect introduction. Tour includes food, transportation and more. For more information and discount tickets visit Goldstar.

Based on the holiday film starring Will Ferrell, this musical adaptation was a major hit on Broadway and now you can experience this magical musical when it comes to the Fred Kavli Theatre. Find more information and grab discount tickets via Goldstar.

20. A Conversation With Peter Guralnick & Conan O’Brien At The GRAMMY Museum

In a conversation with TV host Conan O’Brien in the GRAMMY Museum’s Clive Davis Theater, Peter Guralnick will discuss writing his new book, Sam Phillips: The Man Who Invented Rock ‘N’ Roll and his life as a close friend of Sam Phillips. Tickets are $25.

Get a taste of Old Hollywood and sip on classic cocktails as an awesome guide share history tidbits, celebrity stories and more on Urban Adventures tour of Historic Hollywood. Grab discount tickets via Goldstar.

Every Thursday night from 6:00pm to 11:00pm in the Playhouse District of Old Town Pasadena, join a crowd of locals gathering for live music and food trucks. Get more info on the official Facebook page for the event.

26. CHILL Returns To The Queen Mary

The Queen Mary will once again be overtaken by a deep freeze for the fourth annual CHILL!  Experience the Ice Kingdom, glacier glide ice tubing, ice skating and plenty of holiday entertainment. P.S. The Ice Kingdom will be introducing the New Holiday Ice Bar for adults! For more information and discounted tickets visit our friends Goldstar.

In a Warhol-style, anything-goes, massive warehouse environment WITH pancakes, the The Pancakes & Booze Art Show is guaranteed to be unlike any art show you’ve been to before.

Another sleepover night at the Natural History Museum is happening! They’re calling it Beauty is Skin Deep with promises of the “ultimate ‘nerd-chic’ experience” that includes scientific programming with curational experts a scavenger hunt, music, and, munchie buffet, and perhaps most important, plenty of craft beer and wine on hand.

This Friday night off Melrose catch The Groundlings latest and greatest night of improv comedy and sketches: Groundlings Stakeout. Our friends at Goldstar has tickets for just $10 (while supplies last) so grab ’em while you can!

The Convention Center will host the LA Auto Show now till the 29th. Auto makers worldwide will showcase their newest, baddest and super cool cars. Expect brands from around the world and North America to make some debuts from BMW, Chevrolet to Jaguar and more.

The Shade Hotel in Manhattan Beach is throwing a 10 year anniversary bash in the lounge and courtyard of their hotel. Come enjoy complimentary hors d’oeuvres, drink specials, and dancing.

Instead of talking about race and the police, the folks over at Second City decided to sing about it instead! This original musical comedy Afros & Ass Whoopins is a story about a son at odds with his father’s old-world views.

For one-night-only celebrate the release of the new Mission Chinese Food Cookbook. Taking place at Night+Market in WeHo, this ticketed event will include a dinner cooked by some of Cali’s brightest culinary stars, including Danny Bowien of Mission Chinese Food, Kris Yenbamroongof Night+Market, Jessica Koslow of Sqirl, Andy Ricker of Pok Pok, and Chad Robertson of Tartine.