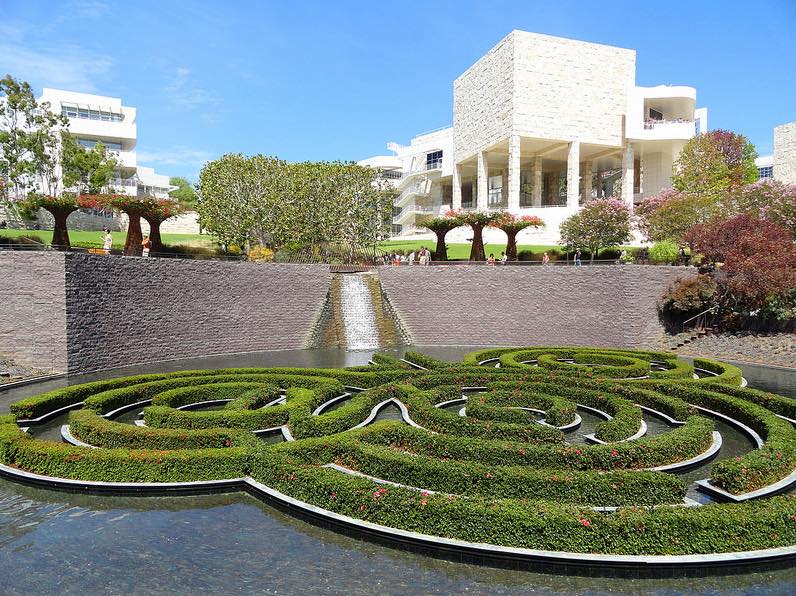 1. The Pan African Film Festival (PAFF) returns to Los Angeles February 8-19. Now in its 26th year, the 12-day festival will showcase over 100 new films and the talented artists who created them.

2. Join Boomtown Brewery for Monday Movie Nights, a new monthly movie screening in their private event space set up with comfy couches, craft beers, popcorn and an option to order from Purgatory Pizza. This week they will screen Startrek Into Darkness. FREE

3. New York Times best-seller and cultural critic Roxane Gay will hold a reading and discussion at The Hammer this Monday. FREE

4. Astronomy on Tap at Der Wolfskopf in Pasadena brings professional astronomers to bars to give informal talks on a variety of scientific topics followed by lots of discussion with guests. And beer!

5. There are two free yoga classes on Monday. One at the Edendale Branch Library and a second at the Studio City Branch Library of the Los Angeles Public Library. FREE

6. The J. Paul Getty Museum will host a handful of free events to celebrate the Getty Center’s 20th anniversary, starting with a lecture by Getty Museum Director Timothy Potts this Tuesday. The series will run through May 20. FREE

7. Be a part of the Second Line Tradition by attending this free Mardi Gras concert by the Mudbug Brass Band at historic Union Station in Downtown Los Angeles. FREE

9. Fat Tuesday comes to Amoeba Hollywood with DJs and a parade with masks, beads and musicians starting at 3 p.m. Bring your own horn or percussion and join the parade!

10. Free admission at: Los Angeles County Museum of Art and Autry Museum of the American West

12. Watch Audrey Hepburn and Gregory Peck fall in love in Rome during Cinespia’s screening of the 1953 classic Roman Holiday at the opulent Los Angeles Theatre in DTLA.

14. During A Romantic Evening of Dance & Music at Union Station, enjoy a kizomba dance lesson, then dance to live music by Ricardo Lemvo y Makina Loca at one of Los Angeles’ most beautiful attractions.

15. Watch Diana Ross swan down the runway in the camp classic Mahogany, screening free at The Hammer in Westwood. FREE

16. Grand Park makes Valentine’s Day easy, affordable, and fun with LOVERS ROCK @GRAND PARK, a nod to the romantic, American Soul-influenced reggae music subgenre. Angelenos can enjoy a relaxed evening under the stars and groove to the sounds of DJs Danny Holloway and DJ Phersone while enjoying desserts and sweets from food trucks.

18. FLAX Project presents “The Dialectic of the Stars,” a free art festival taking place at five iconic venues in Los Angeles in the month of February. The festival will feature stimulating arts events incorporating cinema, music, mobile artworks, a concert of motorcycles, dance and more. This Thursday the event continues at LACE in Hollywood. FREE

20. Greenbar Distillery presents Spirited Trivia night at L.A.’s oldest organic distillery. Enjoy craft cocktails while competing with locals. You have to be a member of the distillery to join but membership is free!

21. All My Single Friends is described as part comedy show and part live dating app taking place at the Copper Still. If you’re so over Tinder and Bumble check this show out where you’ll be in a room with some of LA’s best comedians and hottest singles.

22. Laemmle NoHo 7 and Eat|See|Hear return with Throwback Thursdays with a special theme titled “Highly Curated” a series of films with a 420 theme. This week they’ll screen The Fantastic Planet. (DISCOUNTED) via Goldstar

24. The Chocolate & Art Show Los Angeles returns to The Vortex in DTLA on February 16-17, with chocolate fondue, the work of up-and-coming artists & more.

25. The NBA All-star extravaganza is back for another year of fan celebrations, celebrity games and all things basketball. Beginning on February 16, then continuing till February 18, Los Angeles venues including Staples Center and Verizon Up Arena at Los Angeles Convention Center will host a variety of All-Star events, including showcases, games and trainings.

26. Jack Daniel’s has been selling its whiskey since 1866 and this weekend they will bring a pop-up shop to Los Angeles for just three days. From February 16-18, the Jack Daniel’s Lynchburg General Store will offer Angelenos a unique assortment of goods, services and events featuring live music and Southern food from Miss Mary Bobo’s, a Lynchburg institution for over a century.

27. Celebrate the Year of The Dog during a Lunar New Year Celebration at Hsi Lai Temple in Hacienda Heights. The temple will host Chinese traditional cultural performances and the grounds will be decorated with dog decorations. Happening all weekend.