This week, from Monday February 15 to Friday February 19, features free admission to LACMA, free days at the Arboretum and Descanso Gardens, a Chocolate & Art Show, a Whiskey Festival, lots of escape room deals, free previews at The Odyssey, and lots more to choose from. 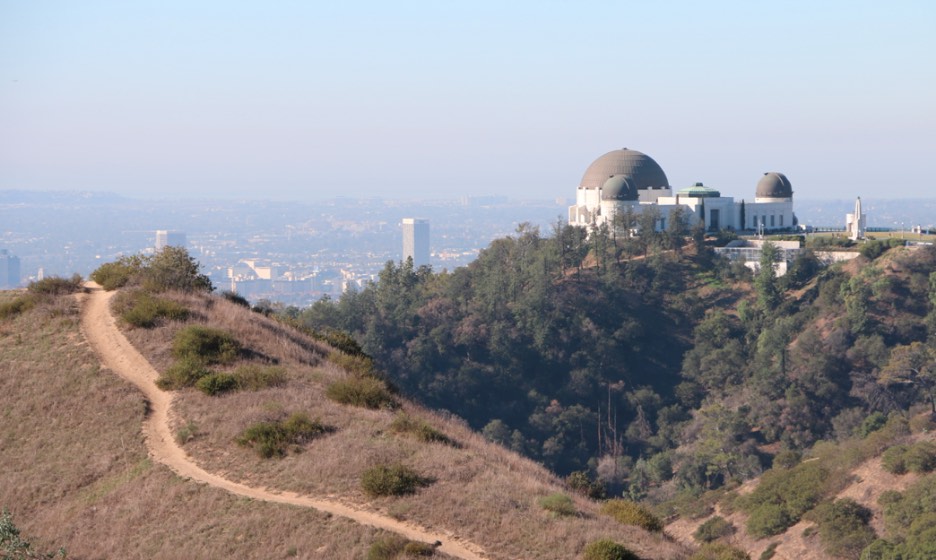 Thanks to the folks over at Target, the Los Angeles County Museum of Art will offer free admission starting at 11:00am for any and all visitors to celebrate President’s Day on Monday.

Take rising comedians’ most horrific dating and sex stories and turn them into a sexy, comedic, web series and you’ve got SEX: A Horror Story a new wedseries. To celebrate their premier episode, the team is having a live stand-up show and launch party at iO West. Starts at 9:00pm, cost $5 to get in.

Shalyah Evans from MTVs Girl Code recounts her time working as a Princess at Disneyland thru song, dance with some tmi comments on her mental health issues. Show starts at 8:30pm and tickets are a modest $5.

Descanso Gardens is free every third Tuesday of the month! Check out the new art exhibit “Farewell, Eden” a new view of the natural world.

Timeless music and dazzling dance moves come to life at the Hollywood Pantages Theatre as Dirty Dancing one of the most beloved dance films of all time takes center stage. Are you ready to have the have the time of your life? Get more information and discount tickets via Goldstar.

The Griffith Observatory offers a sunset walk led by a Park Ranger and a Museum Guide every month. If you’ve never really been to the observatory or Griffith Park, this is a nice way to get acquainted with the area while tackling only a short distance (only about a half-mile total) done at a moderate pace.

Come down to The Hammer for a free show with Dale Seever (alter ego of comedian James Bewley). Dale brings together some of the most interesting comedians, musicians, performers, filmmakers, and thinkers for a slightly intoxicated exploration of characters and the creative process. Guests this week includes comedian Kate Berlant (Just for Laughs); composer Cyrus Ghahremani (Comedy Central); and medical librarian Megan Rosenbloom (Death Salon). Music by Nina Tarr (Nightswim). Show starts at 7:30pm seating is first come first served and there will be a cash bar throughout the evening.

Los Angeles County Arboretum is free every third Tuesday of the month!

This ongoing Tuesday Matinee film series at LACMA cost $2 for members and $4 for non members.

Organic fresh-pressed juicery and smoothie spot Green Grotto holds a Patty Tuesdays where their Jamaican style patties in flavors: chicken, beef and vegetable are just a buck! Grab one every Tuesday and take a bite of the Caribbean.

16. Disney’s Snow White at El Capitan Theatre for One Night Only

To celebrate the DVD release of “Snow White and the Seven Dwarfs,” to Walt Disney’s Signature Collection, Hollywood’s legendary El Capitan Theatre will screen the movie for one night only. Before the movie, guests will be greeted by Snow White, live on stage!

If you were trapped inside an old haunted theater and the only way to escape is to create a magic spell will you succeed? Head on over to Escape Room LA where you are led through the stage door and into a theater haunted by a ghost. Gasp! The door suddenly locks behind you, and the game begins. Uncover clues and puzzles that will lead you to create a magical spell and release the ghost before time runs out. If you fail you will be trapped in the theater forever. Game? For more information and discount tickets  this week check out Goldstar.

Expect to see some of today’s best working comedians alongside a few young up-and-comers at one of the best live comedy shows in Los Angeles, The Super Serous show! Although the lineup changes each month, the creators of the show Mandee and Joel of CleftClips try to consistently create a intimate and magical atmosphere to have a laugh. This week’s line up includes Moses Storm, Katia Kvinge, Demetri Martin, Eli Olsberg, Sam Simmons, Daniel Sloss and videos by DADS.

19. FLIX at FIG Screens: The Notebook

Join FIGat7th for dinner and a movie. Grab food from their TASTE Food Hall, cozy up under a warm blanket, and watch a FREE movie every third Wednesday of the month. A live DJ and happy hour kicks off the night at 6:00pm and the film begins at 7:00pm.

The Odyssey Theatre is holding free previews of their new show TEMPEST REDUX by William Shakespeare adapted and directed by John Farmanesh-Boccaat. Previews will run Wednesday the 17th (8:00pm), Thursday the 18th (8:00pm), and Friday the 19th (8:00pm) just call the box office or email them to add your name to the list, as general admission. Phone: (310) 477-2055 Email: boxoffice@odysseytheatre.com

During the Golden Age of Hollywood, legendary film director Cecil B. DeMille opened Willard’s Chicken Inn (a gathering place for Hollywood stars) on the site where Messhall stands today. In honor of what came before, Messhall is dedicating Wednesday nights to Willard’s “country-colonial’ style chicken, where guest can get a plateful of crispy friend chicken served with mashed potatoes, sawmill gravy and grilled broccolini for just $19.

Picture you’re trapped inside a 1940’s film noir where you have to solve a slew of mysteries to escape. Work with your fellow detectives as you race against the clock. Do you have what it takes? Head over to Escape Room LA and test your sleuthing skills this week! Get more information and discounted tickets via Goldstar.

24. The Unauthorized Musical Parody of The Devil Wears Prada

Hollywood’s legendary El Capitan Theatre presents a “Countdown to ‘Zootopia, ’celebrating Walt Disney Animation Studios’ new era of storytelling with a festival of seven films. All feature films will be accompanied by recent and celebrated Disney animation short subjects, including the Academy Award winners, “Paperman” and “Feast.” The festival begins Thursday with Wreck-It Ralph. This screening includes a special appearance by the filmmakers who brought Ralph and the entire gang to the big screen. Get more information and discount tickets via Goldstar.

29. Free Evening At The Pasadena Museum Of California Art

The Pasadena Museum of California Art is free from 5:00pm to 8:00pm on the third Thursday of every month!

Hollywood’s legendary El Capitan Theatre presents a “Countdown to ‘Zootopia, ’celebrating Walt Disney Animation Studios’ new era of storytelling with a festival of seven films. All feature films will be accompanied by recent and celebrated Disney animation short subjects, including the Academy Award winners, “Paperman” and “Feast.” This Friday they will screen Frozen. The event also features a screening of Disney’s latest animated shorts and an exclusive Q&A with the film’s directors Chris Buck and Jennifer Lee. Get more information and discount tickets via Goldstar.

39. Free Museum Day at The Long Beach Museum Of Art