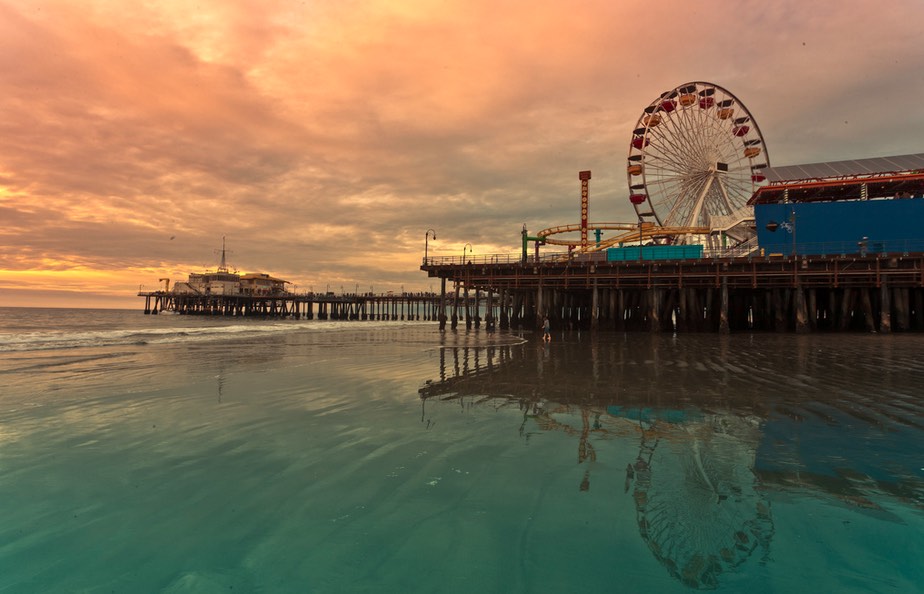 A whole week celebrating Negroni cocktails? Sounds like a great week to me! Created by Imbibe and Campari, the week celebrates the classic drink while also promoting causes dear to our city. Over 30 bars and restaurants around town will be offering their favorite Negroni creations, with proceeds going towards a dedicated charity.

Zócalo presents Is L.A.’s Past Worth Saving? Moderated by KCRW’s Saul Gonzalez, it’s a conversation to address the sadness spurred by seeing old places get demolished in our city. It’s also the launch of the Getty and the city’s new preservation initiative, HistoricPlacesLA — a website that aims to comprehensively chronicle endangered places and neighborhoods.

Bill Chait is behind some of LA’s favorite restaurants, from the highly anticipated opening of Redbird and Bestia, to the latest development in the Arts District. In this special tour as part of the LA Design Festival, guests will explore the design behind the spaces that have the whole town talking. Tickets are $20.

The beloved Canadian comedy troupe with Dave Foley, Kevin McDonald, Scott Thompson, Mark McKinney and Bruce McCulloch are back for one night at the Ace Theatre. Get reintroduced to Gavin, Headcrusher, The Chicken Lady and everybody’s favorite gay barfly Buddy Cole. The jokes might still be in 90’s references but man are they priceless.

The eight time Tony Award winning musical that took Broadway by storm with their talented and now famous original cast (includes Leah Michele) is back in LA . The musical follows a group of teenagers as they navigate the confusing and often troubled waters of adolescence. The bold and touching musical captures through music the experience of youth transitioning to adulthood. Tickets start at $89 but our friends at Goldstar have them starting at $55 Tuesday through Sunday.

Get a taste of Old Hollywood sip on classic cocktails as an awesome guide share history tidbits, celebrity stories and more on Urban Adventures tour of Historic Hollywood. Usually tickets are $79 but Goldstar is hooking people up with $47.40 tickets for Tuesday and Friday.

As part of the #WescomKindness campaign get free Lobsta Truck in Tustin from 11:30am – 1:30pm.

From 11:00am – 5:00pm at The Ace Hotel Upstairs The Working Women’s Club will be hosting a all day gathering where ladies can come with their laptops, notebooks, sketch pads etc. and enjoy some good vibes, network, collaborate and check in with one another.

Immediate Family is posited as a cross between Modern Family and Guess Who’s Coming to Dinner with all the social, racial and political implications that sort of combo brings to mind.  Directed by two-time Emmy nominee and Tony Award winner Phylicia Rashad (you know her as Claire Huxtable), Immediate Family has been called “timely, and important” by the Chicago Tribune. Get more info and tickets for upcoming performances via Goldstar.

As part of the #WescomKindness campaign get free Lobsta Truck in El Segundo and Thousand Oaks from 11:30am – 1:30pm.

It’s grunion season! Cabrillo Marine Aquarium in San Pedro has three scheduled ‘Meet the Grunion’ events set for June/July. Each event includes an educational auditorium program and guided observation at the beach during the spawning. 8:00pm – 12:00pm. The cost is $5 for adult, non-members. And here’s the complete calendar of summer grunion runs.

The Continental Club is hosting two alcohol infused events back to back. From 9-10pm is a cocktail class focused on crafting classic cocktails from the Continental Club cocktail menu. From 10-11pm a tasting session featuring Hangar 1 Vodka will take place in the Royals Table area, there the vodka brand ambassador will conduct two intimate tastings sessions. The event is free with a RSVP.

See Disney’s newest blockbuster starring George Clooney at the El Capitan Theater in Hollywood that includes a pre-show live magic performance and a post-screening behind-the-scenes look at the making of the film. Screening runs from Thursday through Sunday this weekend. Get more information and tickets via Goldstar.

Get great deals on wetsuits, swimwear, watches, and other great Rip Curl apparel and gear. The sale runs from June 4 to June 7 and the first 200 people to enter the sale each day get a free t-shirt.

This musical takes all the sexy, funny and memorable moments from the original movie, mashes them up with a soundtrack of top-40 hits from the 90s and then performs it all live onstage with a powerhouse cast and live band. Find discount tickets for Thursday and Friday via our friends at Goldstar.

24. Motown the Musical at the Pantages

Motown the Musical killed it on Broadway, and now the show’s national tour brings it to the Pantages Theatre in the heart of Hollywood. Shows are playing all week, but you can still get a heavy discount to Thursday night’s 8:00pm show via our friends at Goldstar. More information and tickets.

Three postmodern influencers – choreographer Lucinda Childs, composer John Adams, and architect Frank Gehry will re-conceive their multi-layered masterpiece, Available Light, for The Music Center’s Walt Disney Concert Hall this Friday and Saturday. Childs, Adams and Gehry will come together for a post-performance discussion about the production, co-commissioned and co-presented by Glorya Kaufman Presents Dance at The Music Center and the LA Phil. The original production opened 31 years ago. The rare conversation with all three creators will follow the Friday performance. Tickets start at $65 but our friends at Goldstar has them discounted starting at $33.

In honor of National Doughnut Day stop into any Krispy Kreme for a FREE doughnut of any variety–including its world famous Original Glazed® doughnut.

Asymmetrical Press’ team of talented authors is hitting the road in May and June for a WordTasting Tour across the western United States and Canada and they are here this week in LA. Join Colin Wright, Josh Wagner, Shawn Mihalik, Skye Steele and special local guests for an evening of word tasting: readings, stories, live music, questions, and answers. Plus special guest Joshua Fields Millburn of The Minimalists will read at the event. Additional special guests include writer Matt Summell and artist Josh Hagler. Artist Jessica Lynn Williams will host.

To celebrate the 2015 National Day of Civic Hacking, CTRL Collective and Hack For LA have decided to throw a huge party. There will be speakers, hacker demos, food trucks, an open bar and live music. The event is free.

Nothing beats catching a game beneath the stars especially with our beloved Dodgers . After the final out is called, the lights will go down and guests can actually go on to the field for a spectacular fireworks show. This week the Dodgers are up against the St. Louis Cardinals, and our friends at Goldstar have reserve MVP seats starting at $32.

The Great Horror Campout (GHC) is a “choose your own adventure” overnight, interactive camping experience held at the at Old Abandoned L.A. Zoo. Camp Creepers will be roaming the grounds and terrorizing overnight guests all night long. Sound like your kinda Friday? Ticket prices start around $109 per person but Goldstar has them for as low as $79 per person.

Remember this Friday is the first of the month, which means First Friday festivities at NHM, in Venice Beach, and Bixby Knolls…