This week includes Dead Pilots Society, Moonlight Movies on the Beach, Anime Expo, First Fridays, to Live and Dine in L.A., and much more! 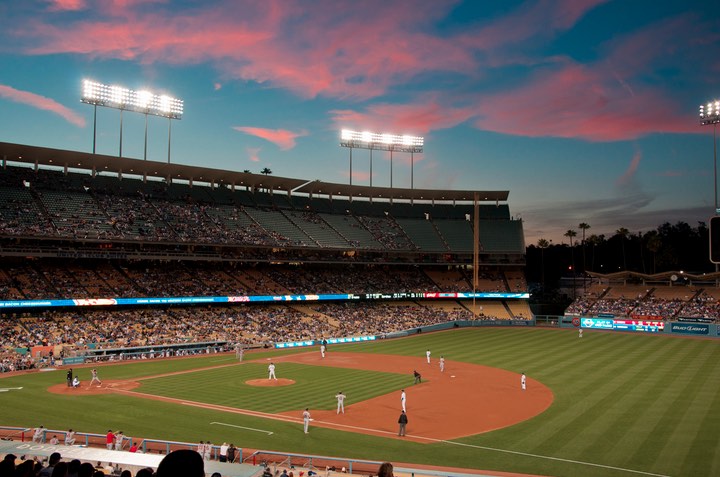 The best pilot scripts that never made it to T.V. are brought to life by a troupe of actors in a back-to-back-to-back session of 30 minute performances. Works written by Ken Levine & David Isaacs (M*A*S*H, Cheers), Richard Dresser (The Days and Nights of Molly Dodd, Keen Eddie) and Russ Woody (Murphy Brown, The Middle). Get more information and discount tickets via Goldstar.

As part of the series L!ve Talks Los Angeles, Candace Bushnell will be discussing her new book, Killing Monica. Bushnell most notable for Sex & The City is now in her eighth novel which centers on a celebrated author who wants to reinvent her career by killing off her biggest fictional character (sounds like Carrie Bradshaw is getting axed!) Join Candace in conversation with Celia Walden discussing the writing life and her new novel at the William Turner Gallery.

Looking to replace your water thirsty lawn with a low water landscape? Join the experts from The Growing Home at Whole Foods on Arroyo in Pasadena to learn how to take a more balanced, ecological approach to gardening during California’s historic drought.

5. Hot Tub With Kurt An Kristen

6. Have Your Kiddie Bowl Free All Summer at Pinz!

Pinz in Studio City is giving kids two free games every single day of the summer. All you need to do is rent bowling shoes and register your child ahead of time.

Winner of the 2014 Cannes Film Festival Award’s Critics’ Week Grand Prix and multiple other Cannes Awards,The Tribe is a film set in the insular world of a Ukrainian high school for the deaf. The Tribe has a cast of deaf, non-professional actors performing non-verbal acting and sign language through out the film. Even without sound the story is intense and original, something never-before-experienced in cinema. Screening now through Thursday with special sporadic appearances from Director Myroslav Slaboshpytskiy and actress Yana Novikova.

8. Get A One Of A Kind Photo Taken At The Radiant Human Pop-Up

Radiant Human is a traveling aura photography business offering a unique interactive experience by creating a valuable memento that is unique to every guest. The Radiant Human camera captures an individuals electromagnetic field through hand sensors to analyze this energy’s vibrational frequency. Through this camera, the film matches your vibrational frequency to a corresponding color’s vibrational frequency, making your energy visible and easy to see in the form of an instant Polaroid picture. Sounds funky but so LA that you might want to try it out!

9. Back to the Future In Concert 30th Anniversary

Recharge your flux capacitor and power up the DeLorean because it’s the 30th anniversary of the original Back to the Future!!! See it in HD on the Hollywood Bowl’s big screen with the LA Phil performing Alan Silvestri’s dazzling score live. Great Scott! There’s even 20 minutes of new music at the show! Expect special appearances at the show too.

Latin-inspired restaurant Bow & Truss presents throwback movie nights featuring a different film screening on the patio on select Tuesdays this season.  This week they will screen Jurassic Park. Admission is $15 for a reserved spot and includes a movie-themed snack.

12. Moonlight Movies on the Beach

This seasons FREE Moonlight Movies on the Beach series at Granada Beach in Belmont Shore will screen The Hobbit: Battle of the Five Armies. Movie starts at 8:00pm!

Thai Town, Little Armenia and Korea Town are filled with great food, shops and culture. For those interested in getting to know these neighborhoods this tour is the perfect introduction. Tour includes food, transportation and more.

Play Indiana Jones for a day with Escape Room LA! Find clues and solve puzzles to get your hands on a lost civilization’s ancient treasures hundreds of feet below Downtown Los Angeles! You’ll have less than an hour to escape, working with your team to solve challenging puzzles to break free. Get more info and discount tickets for this Wednesday via our friends at Goldstar.

A monthly screening series featuring shorts by some of L.A.’s most up-and-coming filmmakers, all at El Cid on Sunset Blvd.

Critics are calling Inside Out Pixar’s best film since Up (100% on Rotten Tomatoes so far, woot-woot). Catch a showing of the new release at El Capitan Theater that includes a live, pre-show dance performance and a screening of the short film Lava. Get more information and discount tickets to the screening via Goldstar.

18. Laugh Out Loud Comedy Night at The Westlake Theater

The first Wednesday of every month the Westlake Theater showcases 90 minutes of ‘TV Clean’ comedy by comedians who’ve made appearances on The Tonight Show, The Late Show, Comedy Central, and more. Hosted by Jason Love (HBO and Last Comic Standing). Grab half-price tickets via our friends at Goldstar for the show while supplies last.

Anime Expo has over 300 exhibitors, an exhibit of every home video game console ever made, the premiere of Sailor Moon Crystal and the latest Dragon Ball movie whats not to like? Even Gene Simmons will be there! Doesn’t really make sense… but totally entertaining regardless. All happening from the 2nd to the 5th at the LA Convention Center.

You can get independence started early in San Pedro’s Port of Los Angeles’ seventh annual Cars and Stripes Forever! Come party with live music on multiple stages, classic cars, a beer garden and of course a spectacular firework show starting at 9:15 p.m.

Stanley Kubrick’s masterpiece, 2001: A Space Odyssey is screening this Thursday at Laemmle’s NOHO 7 as part of a Throwback Thursday series. Movie starts at 7:30pm. Get more information and discount tickets via Goldstar.

23. This Week’s Shakespeare in the Park

This summer’s free slate of Shakespeare performances is back this week with As You Like It at Point Fermin Park. The show starts at 7:00pm and will run through Sunday.

San Gabriel Summer Nights is a series of free street parties to be held each Thursday night starting on June 11 and ending on August 6. This week the party is at Mission Playhouse Plaza with an Americana Concert featuring Little Faith.

All summer long every Thursday night from 6:00pm to 11:00pm in the Playhouse District of Old Town Pasadena, join a crowd of locals gathering for live music and food trucks. This week brings Son of a Bun and the Hungry Nomad truck to Old Town. Get more info on the official Facebook page for the event.

The Dodgers take on the Mets this Friday at Dodger Stadium and if you stick around after the game you can catch a sweet fireworks show (one day early from July 4). Best part? Get discount seats for the game via our friends at Goldstar.

Every June Grand Performances begins a summer-long concert series that brings Angelenos together with an eclectic mix of musical performances at a unique setting in Downtown L.A. This week the theme is Argentine Tango! The shows are 100% free to the public all summer long so bring you dance moves!

32. Romeo + Juliet: Love is a Battlefield

What happens when a classic Shakespearean story gets merged with a soundtrack by Pat Benatar? A highly entertaining dinner theater show at the Rockwell in Los Feliz starring Family star Ashley Argota (The Fosters) as Juliet and handsome Corbin Bleu (High School Musical) as Romeo. Get more information and discount tickets via Goldstar.

American Apparel will be throwing in-store shopping parties every Friday through July. From 6:00pm to 9:00pm shoppers can save 30% off storewide, nosh on free bites and beverages, and enjoy live beats by a Viva Radio DJ. This week the party will take place at the Santa Monica AA store (2654 Main St.). For the rest of the month locations are July 10th in Los Feliz (4665 Hollywood Blvd.), and July 17th at the Downtown factory store (747 Warehouse St.).

This Friday is the first of the month, which means the usual assortment of First Friday festivities in Venice Beach, Bixby Knolls, and Pasadena (including free admission to the Norton Simon Museum after 5:00pm).

LACMA is yet again relocating another massive piece of art and this time its not a giant rock. Works from artist Noah Purifoy’s Outdoor Sculpture Museum will be transported to LACMA for a special summer exhibition. Purifoy’s works are sculptures created mostly from discarded materials so the name is befitting. Purifoy is a CalArts graduate, WWII veteran and a Angeleno who spent a lot of time in his Joshua Tree studio. He was also one of the founders of the Watts Towers Arts Center.