This week, from Monday, September 4 to Friday, September 8, features Labor Day Pool Parties, Paramount Pictures After Dark, the Muppets at the Bowl, Free day at NHM and La Brea Tar Pits Museum, a Silent Disco in Sherman Oaks,  and MUCH more. 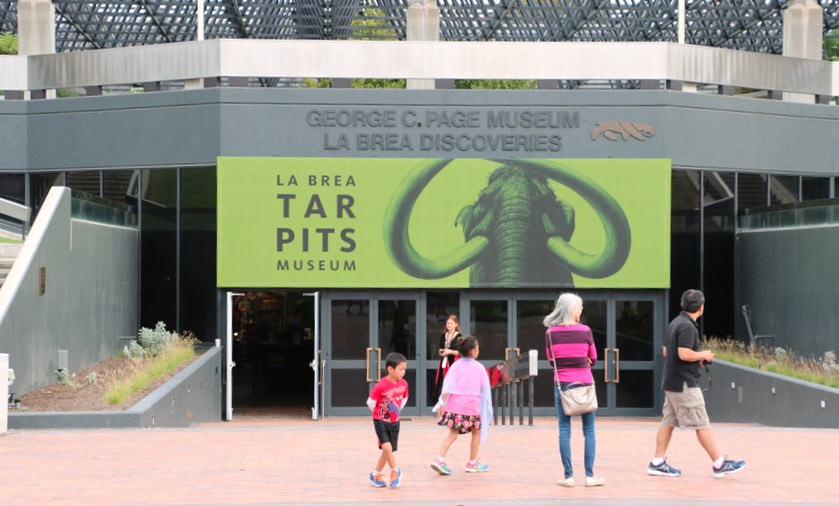 1. Head to downtown Hermosa Beach for Fiesta Hermosa Sep. 2-4 for one of the largest arts and crafts fairs in Southern California. Hosting over 300 artists, expect live music, a beer & wine garden and a kiddie carnival to entertain all day long. FREE

2. The LA County Fair takes over the Fairplex in Pomona from Sep. 1-24 with fair-style foods, live musical performances, carnival-style games, rides, and unique attractions such as an expanded farm section (over five acres) featuring tons of interactive agricultural experiences for guests to enjoy. Check for discount tickets before making your purchase. DISCOUNTED (via Goldstar)

3. Send off summer poolside at Skybar Mondrian with sounds from Them Jeans, DJ Zo, Bella Fiasco, Sasha Marie (Soulection) and Suga Shay. There will be flowing drinks, pool floaties galore, beautiful views and Hip-Hop and R&B music all day long.

4. Dive into the pool at Viceroy in Santa Monica as they host a Labor Day pool party. The party will have a DJ, cocktails, beachballs and more.

5. California Sol at the Ace Upstairs in DTLA celebrates Labor Day with a special edition of the their weekly party featuring guest DJ’s and more. Swimsuits are strongly encouraged, party is free and open to the public 21+. FREE

6. Movies on the El Cid Patio presents a screening of Dumb and Dumber.

7. Arts District Brewing Co. is celebrating Labor Day with their very first Pig Roast. The brewery will open at noon and lunch will be served by 3 p.m. They’ll also be releasing a new Hefeweizen. No admission fee!

8. Angels Flight returns to service! Now open everyday, the cost of a ride is $1 and 50 cents with a Metro card.

10. The folks at Rooftop Cinema Club are back with two screenings at their rooftop locations. Casablanca at LEVEL in Downtown Los Angeles and 10 Things I Hate About You at Montalban in Hollywood.

11. Down some tacos, drink some locally brewed beers and test your trivia skills this Tuesday during Tacos & Trivia night at Angel City Brewery in DTLA.

12. Grand Park is ready to whip you into shape during their Summer Bootcamp series happening every Tuesday evening from 5:30 to 6:30 p.m. All fitness levels are welcome! FREE

13. Interested in learn more about YouTube and Facebook video content? This Tuesday Deviate Studios will host a seminar on the Secrets of YouTube & Facebook to teach storytellers and creators how to take advantage of the media platforms to create content and monetize it. The evening will feature special guest, Matthew Labate, VP of Channels, Strategy & Audience of FBE, Inc.

14. Sound Off Silent Disco nights head to the Sherman Oaks Galleria for a free wireless-headphone dance party featuring two live DJs playing three hours of your favorite, danceable songs. There will also be free food samples from Galleria vendors during the party. FREE

15. BBQ joint Horse Thief located at Grand Central Market will screen Back to the Future on their patio this Wednesday. FREE

17. Get a peek into the Fall TV season during the 11th annual PaleyFest Fall TV Previews Sept. 6-16. Located in Beverly Hills The Paley Center for Media will play host to the ten-day festival featuring some of the most anticipated shows both new and old, as well as star-studded panel discussions with series cast and creatives.

18. The folks at Rooftop Cinema Club are back with two screenings at their rooftop locations. The Big Lebowski at LEVEL in Downtown Los Angeles and Mean Girls at Montalban in Hollywood.

19. “Sasquatch” a 4-man sketch comedy group heads to the Comedy Central Stage for a night of “brilliant stupidity you will never forget!” The show is free and will include new sketches, classics, and more. FREE

21. See Singin’ in the Rain with live accompaniment by the L.A. Philharmonic at the Hollywood Bowl this Thursday. DISCOUNTED (via Goldstar)

22. National Geographic Live: Building the Photo Ark with Joel Sartore comes to The Broad Stage in Santa Monica September 7 and 8 for two nights with the iconic National Geographic photographer who has captured portraits of some of the world’s species before they possibly disappear. Learn about his experiences on the job, comical mishaps, and stories about taking photos of these endangered animals.

24. Drinkin’ Smokin’ & West Coastin’ — A Group Love/Hate Letter to LA at Think Tank Gallery examines Los Angeles and all its stereotypes through art and insanely fun events. This Thursday the gallery will host Comedy, Cake + Cannabis a night of tasting edibles, elixirs and extracts while some of the best comedians entertain.

25. The Mar Vista Artwalk takes over Venice Blvd. between Inglewood Bl. and Beethoven St. for a night of visually stunning works, music and more. FREE

26. The folks at Rooftop Cinema Club are back with two screenings at their rooftop locations. Jurassic Park at LEVEL in Downtown Los Angeles and Beverly Hills Cops at Montalban in Hollywood.

28. A special screening of Easy Rider comes to The Wiltern for a one-of-a-kind experience of the iconic 1969 film about two bikers on an epic road trip. The screening will be paired with a hot seven-piece band performing music from the original score.

31. Get spooked during Paramount Pictures After Dark Tour: Tales From The Other Side where you’ll hear scandals of yesteryear and the lost souls who haunt the studio lot by moonlight. The tour starts at dusk with champagne as you head into the studio lot where you’ll weave in and out of sound stages and the darkest corners of the infamous backlot. You’ll end the night next door at Hollywood Forever Cemetery with spine tingling tales of Hollywood’s most dearly departed and the secrets they took to their graves. DISCOUNTED (via Goldstar)

32. The Muppets take over the Hollywood Bowl for an evening of music, special surprises and a spectacular fireworks show. Join Kermit, Miss Piggy, Fozzie, Gonzo, Animal and the rest of the Muppet gang for an unbelievably fun and zany night.

33. Garbage Pail Groundlings is the latest main stage show at the renowned LA theater. The show is filled with sketch comedy, improv and a cast of growing comedians who’ve made appearances in movies like Ted and television shoes like Workaholics. DISCOUNTED (via Goldstar)

34. The folks at Rooftop Cinema Club are back with two screenings at their rooftop locations. Memento at LEVEL in Downtown Los Angeles and Casablanca at Montalban in Hollywood.

37. LACMA’s award winning Department of Music Program provides hundreds of free concerts and musical events every year for Angelenos to enjoy. This Friday their jazz series continues at the BP Grand Entrance.