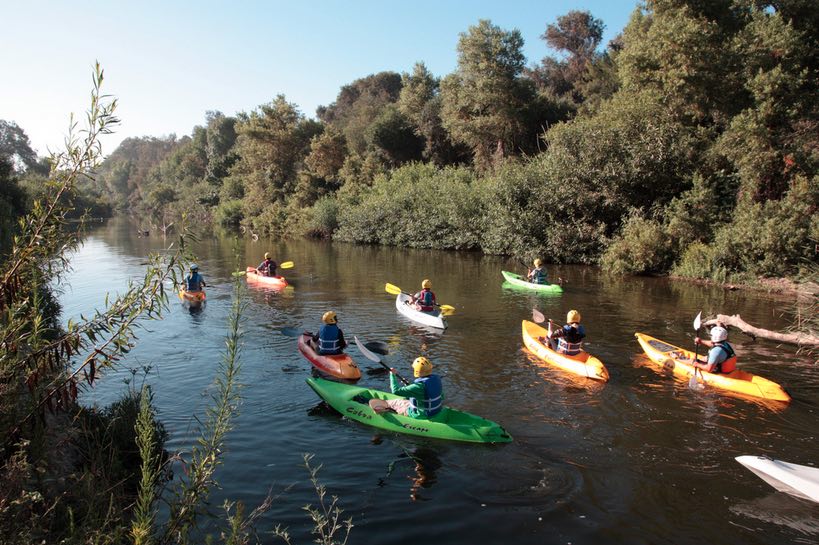 3. A special screening of Easy Rider comes to The Wiltern for a one-of-a-kind experience of the iconic 1969 film about two bikers on an epic road trip. The screening will be paired with a hot seven-piece band performing music from the original score.

4. Get spooked during Paramount Pictures After Dark Tour: Tales From The Other Side where you’ll hear scandals of yesteryear and the lost souls who haunt the studio lot by moonlight. The tour starts at dusk with champagne as you head into the studio lot where you’ll weave in and out of sound stages and the darkest corners of the infamous backlot. You’ll end the night next door at Hollywood Forever Cemetery the final resting place of some of the most infamous stars. DISCOUNTED (via Goldstar)

5. The Muppets take over the Hollywood Bowl for an evening of music, special surprises and a spectacular fireworks show. Join Kermit, Miss Piggy, Fozzie, Gonzo, Animal and the rest of the Muppet gang for an unbelievably fun and zany night.

7. Garbage Pail Groundlings is the latest main stage show at the renowned LA theater. The show is filled with sketch comedy, improv and a cast of growing comedians who’ve made appearances in movies like Ted and television shoes like Workaholics. DISCOUNTED (via Goldstar)

8. Spend the night screening cool indie films from the Morelia International Film Festival during Cine Sin Fronteras presented by The Latin American Cinemateca of Los Angeles. Taking place at the Mexican Consulate of Los Angeles, the event is free and open to the public with a pre-screening reception serving complimentary sangria and beer. FREE

9. Get a peek into the Fall TV season during the 11th annual PaleyFest Fall TV Previews Sept. 6-16. Located in Beverly Hills The Paley Center for Media will play host to the ten-day festival featuring some of the most anticipated shows both new and old, as well as star-studded panel discussions with series cast and creatives.

10. The folks at Rooftop Cinema Club are back with two screenings at their rooftop locations. Memento at LEVEL in Downtown Los Angeles and Casablanca at Montalban in Hollywood.

11. The LA County Fair takes over the Fairplex in Pomona from Sep. 1-24 with fair-style foods, live musical performances, carnival-style games, rides, and unique attractions such as an expanded farm section (over five acres) featuring tons of interactive agricultural experiences for guests to enjoy. Check for discount tickets before making your purchase. DISCOUNTED (via Goldstar)

15. LACMA’s award winning Department of Music Program provides hundreds of free concerts and musical events every year for Angelenos to enjoy. This Friday their jazz series continues at the BP Grand Entrance.

17. The Sunstock Solar Festival comes to the Magic Box in Downtown L.A. for an all-solar music festival featuring an eclectic array of alternative and indie musical acts, solar-powered art, organic food, and more. Bands playing include Ra Ra Riot, Wild Cub and Robert DeLong. The festival will also have discussions based around clean energy, sustainability, and social justice. Check for discounted tickets before making your purchase. DISCOUNTED (via Goldstar)

18. The Institute of Contemporary Art, Los Angeles (ICA LA), formerly known as the Santa Monica Museum of Art (SMMoA), will open the doors to a new 12,700-foot facility located on the south side of the Arts District in Downtown Los Angeles. ICA LA’s new digs include 7,500-square-feet of exhibition space currently housing three exhibitions on opening day. FREE

19. The High & Low Festival heads to Nos Event Center in San Bernardino with bands like Brand New, Death Cab for Cutie, Tegan and Sara, Andrew McMahon in the Wilderness, Best Coast and more. There will also be live comedy by The Hard Times. Kurt Braunholer, Mike Lawrence, Guy Branum, and Cameron Esposito.

20. The DAC Gallery will host an opening reception for The, Their, Likeness a group art exhibition featuring works from a variety of mediums that touch on the idea of portraits. All artists in the show are from the ECF Art Centers Program a space that provides mentorship, and support for adult artists living with developmental disabilities. The reception is open to the public and Fort Point Beer Co. will be pouring during the event.  FREE

21. The scenic Glendale Narrows section of the Los Angeles River will be home to the fourth LA River Boat Race happening this Saturday. The race through the river is open to paddlers of all ages and abilities! Though the suggested donation is $25, all are welcome to “pay what they can afford.”

23. There’s a cannabis themed Beatles tribute party this weekend in DTLA. Hosted by GRASSFED and The Art Of Edibles the evening will honor the 50 year anniversary of the album Sgt. Pepper’s Lonely Hearts Club Band. The event will include a “multi-sensory” listening session of the original album in the dark, a Q&A with renowned Beatles album cover designer John Kosh, live covers of Beatle songs and a sponsor table where guests can learn about cannabis products and more.

24. KP Projects La Brea Gallery will host an opening reception for Scott Hove’s new exhibition titled Last Ticket for the Beauty Train. The evening will feature nearly 30 new pieces of sculptures and installations that examines what Hove terms “the failures of the Illuminati.” To gain access to the free reception, the public must RSVP to rsvp@kpprojects.net. FREE

27. Woofstock 2017 is a celebration of peace, love, and paws at the Third Street Promenade in Santa Monica. This pet-friendly day will feature lots of fun in the sun, with activities like complimentary pawdicures, live music, LA Love & Leashes adoptions, costume contest, vendor demos and giveaways. FREE

28. Visit the Redondo Pier for the 15th Annual Chalk Art Festival, an all-ages event that transforms the South Bay pier into a work of art. Guests are free to pick up some chalk and get creative! FREE

29. Eat|See|Hear is back with a screening of Harry Potter at Centennial Square at Pasadena City Hall. Check for discounted tickets before making your purchase. DISCOUNTED (via Goldstar)

30. Burbanks Game Realms is hosting a Sega Dreamcast 18th USA Anniversary Celebration where they’ll roll out a bunch of Dreamcast games for the public to play. Admission costs $7.

31. L.A.’s only live animated comedy show Picture This! is back with a free show on Saturday at The Virgil where the bar will be fully stalked and a taco truck will be parked outside for your dining pleasure. FREE

32. The folks at Rooftop Cinema Club are back with two screenings at their rooftop locations. Inception at LEVEL in Downtown Los Angeles and Raiders of the Lost Ark at Montalban in Hollywood.

33. Grand Park presents a Beat Swap Meet this Sunday where guests will be able to check out record & vinyl goods alongside live art-making, entertainment and a classic car show. FREE

34. The 71st Annual East Los Angeles Mexican Independence Day Parade & Festival comes to the Mexican Consulate in Downtown Los Angeles for one of the longest-running parades in the country. FREE

36. Cheer on the Dodgers as they go up against the Colorado Rockies. Spend an evening at the iconic Dodger Stadium and dine on the newly revamped menu as you watch the boys in blue. DISCOUNTED (via Goldstar)

38. Head to Manhattan Beach for Pub at the Club a food and libation festival featuring 20+ awesome craft brewers, 10 wineries and 10 delicous restaurants ready to pour and serve you unlimited tastings. Taking place at the Manhattan Beach Badminton Club, 100% of the proceeds will go to benefit the MB Badminton Club’s Junior Foundation.

39. Friendship Buddies is a weekly stand-up comedy show at the Verdugo Bar in Glassell Park. Come hangout in the back patio, enjoy a cocktail, and LOL to outstanding stand-up comedians in Los Angeles. FREE

40. Free admission days: Museum of Latin American Art and Craft and Folk Art Museum (pay what you can)