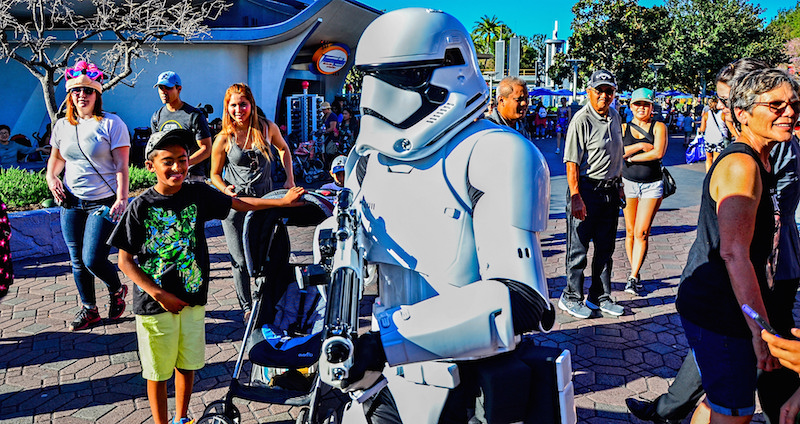 A Stormtrooper walking around the park. Photo by Tomás Del Coro/Flickr cc

What’s the perfect way to ring in May 4, otherwise known as Star Wars Day? Possibly by checking out Disneyland After Dark’s special late-night Star Wars event on Thursday, May 3.

According to Disney Parks Blog, Star Wars Night is the park’s second Disneyland After Dark. Guests will buy a special ticket for the after-hours event, which grants them access as early as 6 p.m. By 9 p.m., however, the Star Wars will be in full effect until 1 a.m.

Tickets are $99, parking not included. Disneyland annual pass holders can purchase them starting March 29, while the rest of us will have to wait until March 29. Costumed are encouraged. More info here.

For those wanting to immerse themselves in a galaxy far, far away without taking the trip to Anaheim, there’s always The VOID’s Star Wars: Secrets of the Empire.