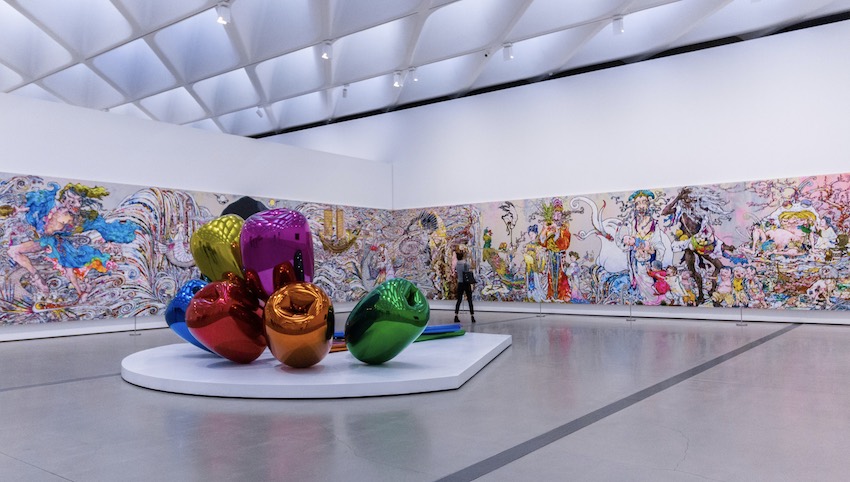 Interior of The Broad. Photo by Christina Champlin / We Like L.A.

Need stuff to do this month in Los Angeles? We looked ahead on our calendar to focus in on some of the best events happening in June around Los Angeles that you should probably have on your radar. After all, better to get your tickets now than wait till the last minute and find out your favorite event is sold out.

Our complete rundown starts after the jump. Enjoy!

FIGat7th Downtown Festival is back for another festive summer filled with good tunes and good times. Free concerts will take place on four Fridays in June with performers including Poolside, Lion Babe, Gabriel Garzón-Montano and Thumper. -> More information

For over 30 years, Grand Performances has offered a variety of performance events at California Plaza, for free. Their 2018 summer series kicks off on June 1, and continues through August 18. Higher! The Psychedelic Soul & Genius of Sly and the Family Stone will kick off the series. -> More information

KCRW kicks off their summer of free outdoor concerts this month with two events at One Colorado and a June 30 edition of Chinatown Summer Nights. -> More information

Celebrate the glories of Los Angeles art when Made in L.A. opens at the Hammer in Westwood. The opening night party of the fourth incarnation of this art showcase takes place on Saturday, June 2 and is FREE and open to the public. -> More information

Taste of the Nation is returning to Culver City on June 3 for another year of unlimited food samples and fundraising for No Kid Hungry. -> More information

Venues such as 2nd Stage, Hudson Theatres, The Broadwater and the Underground Annex Theater will host comedy, ensemble theatre, dance and many more performances during the annual Hollywood Fringe Festival. Be sure to check out our preview guide for the best of this year’s Fringe Fest. -> More information

9. One Night Only: Taste Of Israel at the Skirball Cultural Center (June 7)

For one night only, the best of Israel’s culinary creators gather at the Skirball Cultural Center on June 7 for a bottomless gourmet food and wine sampling. -> More information

Experience the theatrical version of Douglas Adams’ cult classic novel The Hitchhiker’s Guide to the Galaxy when it comes to the Wallis Annenberg Center for the Performing Arts June 14-17. -> More information

For the 4th year in a row, the KTOWN Night Market is returning to Koreatown for a weekend of live music performances, delicious food offerings and trendy Korean-beauty shopping. -> More information

The El Segundo Art Walk will take place every third Thursday in June, July and August. The event is a self-guided featuring works from 40+ artists in 30+ venues in downtown El Segundo and Smoky Hollow. -> More information

21. The South Bay Festival of the Arts in Torrance (June 23)

The L.A. Taco & Beer Festival is back at at Raleigh Studios in Hollywood with unlimited taco and beer tastings from local and national taco venders and breweries. -> More information

Summer Happenings at The Broad is a series of late-night events featuring music, performance and art held on the last Saturday night from June through September. Now in its third year, Summer Happenings will take place on June 30, July 28, August 25 and September 29. -> More information

Chicas Tacos in DTLA will celebrate their anniversary on June 30 from 4 to 9:30 p.m. with Baja Market L.A. Taking place in the backlot of Chicas Tacos. The event will highlight Baja Mexico’s Valle De Guadalupe with an afternoon fiesta showcasing a roster of talent from the region. -> More information

Be sure to check the We Like L.A. Events Calendar for updates on fun things happening around the city throughout June. You can also sign up for our daily/weekly newsletter if you want events sent straight to your inbox.