18 Cool L.A. Events in October Every Angeleno Should Keep on Their Radar

Need stuff to do this October in Los Angeles? Got you covered.

We looked ahead on our calendar to spotlight some of the best events happening in October 2015 around Los Angeles that you should probably have on your radar. After all, better to get your tickets now than wait till the last minute and find out your favorite event is sold out.

September highlights include the first Burbank Beer Festival, The Nightmare Before Christmas at the Hollywood Bowl, a Hot Wings fest, a zombie fashion show, the LA Haunted Hayride and plenty more to choose from. 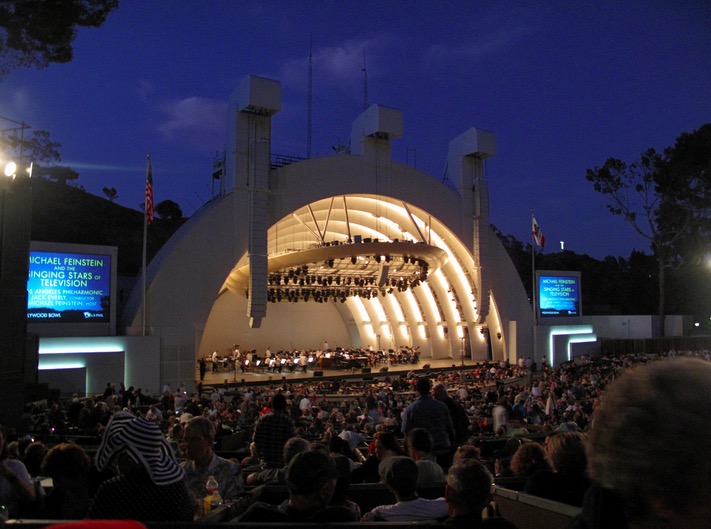 Experience Oktoberfest San Gabriel Valley style! The first ever Dumpling & Beer Festival will fuse craft beers and everyone’s favorite dish- the dumpling into one unique Oktoberfest with a local twist. Free to enter, and $20 gets you an unlimited beer sampling (price good till September 30).

If the idea of hopping on a bandwagon that travels through the darkness of Griffith Park while costumed characters seep out of the shadows to try to terrify you sounds like the time of your life… then step right up to the L.A. Haunted Hayride! The hayride will run from October 2-31 (every Friday-Sunday, plus some Thursdays and Wednesdays), and our friends at Goldstar have some special dealsto save you about $5 on select dates.

Talk about drop *dead* gorgeous (sorry couldn’t help myself).  On Saturday, October 3 come watch as 50 Hollywood makeup artists transform a bevy of beautiful models into gory zombies in this one-of-a-kind zombie fashion show. A $10 cover to the event also gets you unlimited pancakes  courtesy of the folks from the Pancakes & Booze Art Show (woot-woot!).

The 2nd annual Vegan Oktoberfest is the world’s first event to marry an authentic Oktoberfest celebration with an all vegan menu. This year’s edition takes place on the weekend of October 3-4 at LA Center Studios in DTLA.

The Brewery ArtWalk is a twice annual, weekend-long celebration of local artists that features over 100 participating resident-artists displaying their work at the Brewery Arts Complex in downtown Los Angeles.  Visitors will have the opportunity to see new works, speak with the artists and purchase artwork directly from the studios. Best part? It’s free! Runs 11:00am-6:00pm on October 3-4.

As part of our city’s Innovate Week, check out the Innovate Pershing Square Expo scheduled for Friday, Oct. 9th from 4-8pm at Pershing Square in DTLA. Expect DJs, music, food, entertainment, and a  showcase of innovations in public space through the visions of L.A. real estate developers, architects and arts community, with some of these renderings offered to the public in a virtual reality demo. 100% FREE to attend!

Some like it hot. Some like the races. If you like both, head out to track on October 10 for the Hot Wings and Craft Beer Festival at Santa Anita Park. A ticket to the fest gets you six hot wings, eight 3-oz. beer tastings, club house admission and trackside seating with a racing program and tip sheet. And if you like saving a few bucks on your admission, be sure to check out our friends at Goldstar for discount tickets to the festival.

One weekend every year NASA’s Jet Propulsion Laborartoy opens their doors and lifts the curtain to allow visitors to go behind the scenes at a facility that’s been instrumental in developing and operating some of the most significant machines in the history of the space program.

This October 17, the Burbank Beer Festival will present its inaugural tasting event with a massive celebration of craft beer and crafted goods. Put on by the folks over at California Beer Festival the fest will showcase over 85 craft beers on tap from both local and out of state craft breweries.

On October 17-18, the folks over at the Original Farmers Market will celebrate harvest time with a family-friendly Fall festival including a petting zoo, Agventure play land for kids, old-time artisans, local farmers, pie-eating contests, and lots and tons of live music!

CicLAvia has become L.A.’s signature celebration of urban walking and cycling, and to commemorate their 5th anniversary they’re creating a 6-mile route that will weave through Boyle Heights, the Arts District, Little Tokyo, Civic Center, Chinatown, Historic Core and as far west as Macarthur Park. It all goes down on October 18 from 9:00am – 4:00pm.

Returning to Mack Sennett Studios for its second year, the Eastside Food Festival is an afternoon-long celebration of some of Los Angeles’s top restaurants and features a roster buoyed by many of the brightest culinary minds our city has to offer

18. ‘Nightmare Before Christmas’ at the Hollywood Bowl (Oct. 31)

Grab some friends, get yourself dressed up in your most Tim Burton-y costume, and head on over to the Hollywood Bowl where Danny Elfman, along a supporting cast of singers and full orchestral backing, will perform songs from The Nightmare Before Christmas during a special Halloween night screening of the (wow this makes me feel old) classic Disney film. Some discounts are still available via our friends at Goldstar, so be sure to shop and compare before making your final purchase!

So what’s on your radar for October in Los Angeles? Let us know your favorite ideas in the comments below!