This week, from Monday February 29 to Friday March 4, features $0.70 hot dogs, a Super Tuesday party at The Hammer, a Bob Dylan photo exhibit, Disney’s Zootopia at El Capitan, first Fridays at NHM, All Space Considered at The Observatory, and much more. 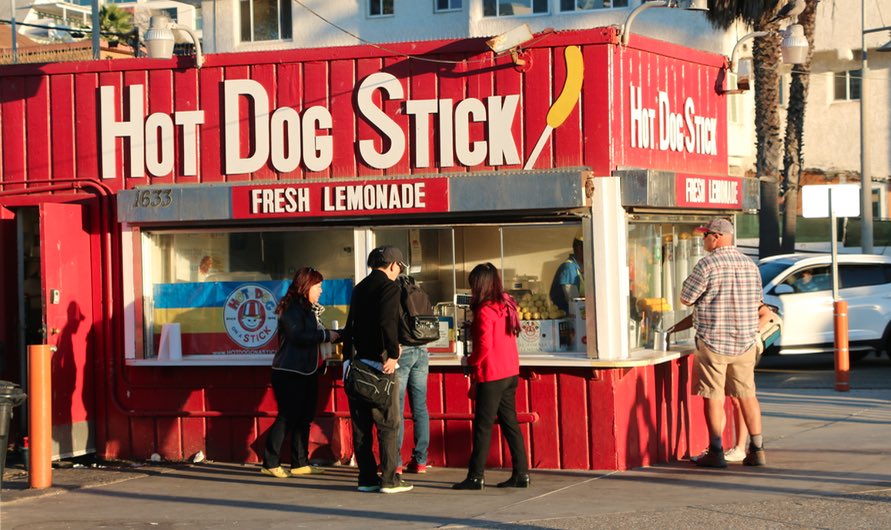 If you are born on February 29 you can take advantage of a special offer from Sprinkles Cupcakes to get your hands on some delicious treats, free of charge. Each Leap Day baby gets 4 cupcakes for FREE!

The Grammy Museum’s traveling photo exhibit, Bob Dylan: Photographs by Daniel Kramer, will get its Los Angeles premiere on Monday, February 29. The exhibit documents Bob Dylan’s metamorphosis from folk musician to rock & roll icon through more than 50 photographs taken by New York-based photographer and film director Daniel Kramer for a year and a day during 1964 and 1965.

Because calories don’t count on Leap Year, all guests who order a burger at Dog Haus on Monday, February 29th will be able to upgrade their burger to a double with an extra patty for free! Burger options include the Ringer, Holy Aioli, The Freiburger, Little Mule, The Hangover, and traditional Cheeseburger. The offer will be available all day.

North Hollywood’s The Federal Bar turns five this week. They will have a bunch of rare brews on tap from 6:00pm – 11:00pm. No admission fee just stop by and cheers with a cold one.

In honor of Leap Year, Love & Salt will offer their “Late Night Love” bar menu special (generally available the last hour of service) from 5:30pm until close. Diners can select their choice of either Chef Michael Fiorelli’s “Downlow” burger or any housemade pizza, plus a glass of red or white wine, or craft beer for $20. The menu will be available at the bar and chef’s counter only.

9. Super Tuesday Bash at The Hammer

The Hammer is hosting a Super Tuesday presidential primaries screening party. Follow the polls and pundits on the Hammer’s big screens and booze it up at the cash bar. This event is free and copresented by the UCLA Bruin Republicans and the UCLA Bruin Democrats. Event starts at 5:30.

10. The Illusionists at the Pantages Theatre

Prepare to be delightfully mystified when seven incredible magic-wielders ban together for The Illusionists: Live From Broadway. Guest will be treated to a night of tricks, death-defying stunts and wonder. Dazzling audiences of all ages this critically acclaimed show has shattered box office records across the globe with some of the most outrageous and miraculous acts ever to be seen. Catch the show at the Hollywood Pantages Theatre. Get more information and discount tickets this week via Goldstar.

Wally’s Beverly Hills will host a once in a lifetime dinner with Vieux Château Certan and Château Ducru-Beaucaillou. Proprietors Alexandre Thienpont and Bruno Borie have reached into their private libraries to offer a selection of top vintages. Pours will be generous and family-style preparations of traditional Bordelais classics by Executive Chef David Feau will set the tone for a fun and festive evening. Only 30 total tickets are available for $399 per person.

Kidspace Children’s Museum is free from 4:00pm to close on the first Tuesday of every month.

15. Free Day At The Page Museum

El Segundo hotspots Sausal and El Segundo Brewing are teaming up to host a three-course beer dinner this Wednesday. Guests can look forward to new Nuevo Rancho dishes from celebrated Chef Anne Conness paired with fan favorite brews from El Segundo Brewing Co., such as the Power Plant Triple IPA (recent Gold Medal winner at the 2016 Bistro Fest). Reservations can be made in advance by calling (310) 322-2721.

Evelyn Chick the Global Winner of the Beefeater MIXLDN cocktail competition will stop by Big Bar this Wednesday, to recreate her winning cocktail “Endless English Summers” Big Bar will hold a special happy hour along with a Canadian themed mixtape, they promise Nickleback will not be in mixtape. Cheers to that!

Santa Monica’s omakase and steakhouse destination, Maru, will be hosting a Wine Maker dinner with Spell Estate Winery on Wednesday, March 2 at 7:30pm, with tickets available to the public for $125. Chef Jason Park has created a 6-course menu to pair with wines from the esteemed Sonoma County winery. Winemaker Andrew Berge has flown in for one night only to pour the hand-picked selection chosen to accompany Chef Park’s dishes.

Food Fare is returning to Santa Monica’s Barker Hangar and with it comes some of the top people in the food and beverage industry. Highly anticipated by food lovers Food Fare offers guests the opportunity to sample gourmet food and drink from over 100 Los Angeles based restaurants, food and drink purveyors.

Climb aboard the Queen Mary in Long Beach for a night of fine dining and rare aged scotch. This Barrel Series includes a five-course meal paired with scotch like a 18-Year-Old Highland Park Scotch and Macallan Rare Cask, a delicious dessert to end the night and a premium cigar. Get more information and discount tickets via Goldstar (while supplies last).

25. The Unauthorized Musical Parody of The Devil Wears Prada

Party at The Natural History Museum after-hours, go on guided tours, enjoy scientist led discussions, mingle at the DJ Lounge and rock out to your favorite bands at NHM’s First Fridays. The March 4 installment includes a “Stranger than Fiction!” tour of the museum along with musical performances by Lower Dens and Gardens of Villa.

Candis Cayne from “I Am Cait” on E! will be hosting the second installment of “Le Bal” at Ace Hotel in DTLA on Friday, March 4 with special performances by RuPaul’s Drag Race superstars Raja, Detox, Delta Work, Trixie Mattel and Miss Coco Peru.

Marcel Duchamp is coming to The Norton Simon Museum in Pasadena. Roughly 40 works will be on view. Jean-Marie Drot’s 1963 documentary Jeu d’échecs avec Marcel Duchamp will also be on view at 6:00pm this Friday. Perfect timing since it falls on the first Friday of the month where museum hours between 5:00pm – 8:00pm are free!

An art walk, dining and shopping experience where participating businesses in the Long Beach neighborhood of Bixby Knolls businesses unite to promote local artists and musicians through extended operating hours. Fun for all-ages… and free! Regularly scheduled at 6:30pm-9:30pm on Fridays.

40. Free Museum Day at The Long Beach Museum Of Art