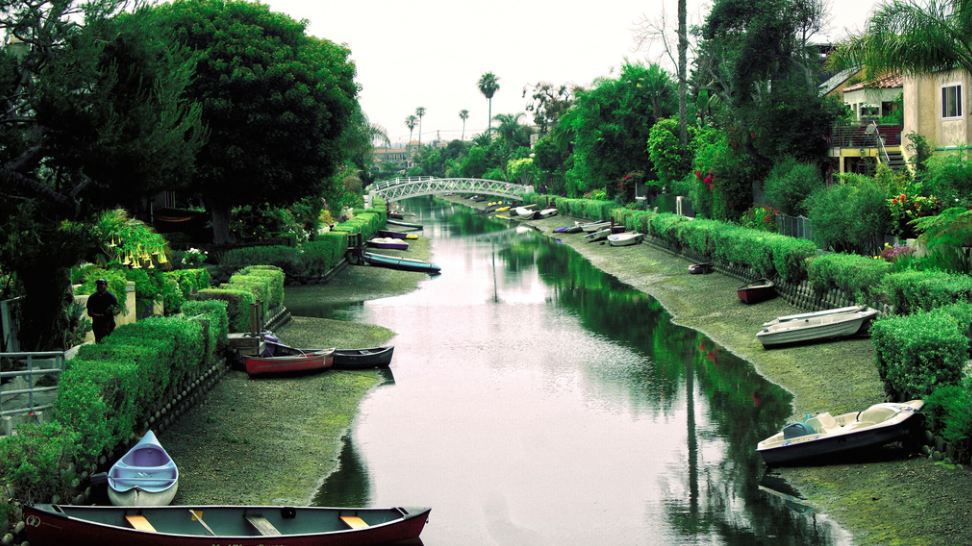 1. The Museum of Failure returns at a new location on Hollywood and Highland with new exhibits and products that include Juicero, Facebook Gifts, RCA SelectaVision, Pets.com, and Google Wave. There’s also an entire section dedicated to Hollywood with some of the industry’s biggest fails. Check for discounted tickets before making your purchase. DISCOUNTED (via Goldstar)

2. There’s a Nintendo 64 Tournament double header with both Super Smash Bros. and Mario Kart at Arts District Brewing Co. this Monday. Drink, play, and win some swag and bragging rights. Tournaments are free and sign ups are on a first come first serve basis.

3. Chicano artist Barbara Carrasco’s 80-foot mural, L.A. History: A Mexican Perspective, will be the centerpiece of a new exhibit coming to the Natural History Museum this Friday. The mural will be on view through August 18, and is included with general admission to the museum.

5. Greenbar Distillery has teamed up with The Burrito Project and a select list of local bars and restaurants, to provide thousands of burritos to those in need in the Los Angeles area. Simply go to a bar on the list and order a CITY Bright gin cocktail from there Greenbar Distillery will donate a burrito to The Burrito Project. Get more info here.

6. Sacred Fools Theater Company presents We The People a bi-monthly, curated series of new works exploring concerns facing the country and world today. The theme of the show will be “Our Posterity” all proceeds for Mondays show will go to the organization Moms Demand Action for Gun Sense in America.

7. 260LA will host an epic beauty event March 13-18 in Beverly Hills with Korean beauty skincare line Dr. Jart+, hair tool by ghd, and makeup brushes from Artis Brush all at a steep discount.

8. Snacky Tunes heads to the El Rey for a night of live audience recording of the podcast that covers music and food. Guest for the evening include Wexler’s Deli, NIIA and Them Jeans. Ticket includes a plate of food from Wexler’s Deli! Check for discounted tickets before making your purchase. DISCOUNTED (via Goldstar)

9. Down some tacos, drink some locally brewed beers and test your trivia skills this Tuesday during Tacos & Trivia night at Angel City Brewery in DTLA.

12. The 6th Annual STARS of Napa Valley Wine comes to the Peninsula Beverly Hills with magnificent tastes from around 40 of Napa Valley’s finest wineries.

13. Help celebrate Union’s four-year anniversary with a six-course “Farm and Field” dinner. The Pasadena restaurant will highlight local vendors that have been with them since day one including Grist & Toll, Flannery Beef, Dock to Dish seafood, DiStefano Cheese Weiser Family Farms and more.

14. Take a Gin Crafting Class at Greenbar Distillery this Wednesday. Taste a flight of six gins while learning about the history, then guests will learn how to craft their own gin while enjoying gin cocktails.

15. The Setup Comedy showcases a diverse lineup of comedy styles, backgrounds and welcomes both alternative and mainstream acts as long as they’re hilarious. Check them out at the Hollywood Improv.

16. Been thinking about giving back to the community? Checkout Burrito Project L.A. a meet-up that preps burritos to be delivered to folks in need. They’ll be prepping this Wednesday.

17. Take an afternoon yoga class in beautiful Grand Park. The 45 minute workout is complimentary to the public every. After yoga, checkout the many food trucks lining the park and grab lunch al fresco style. FREE

18. The Other Art Fair is coming the Majestic Downtown March 15-18. The one-of-a-kind art fair, will feature artwork by emerging local and international artists. Check for discount tickets before making your purchase. DISCOUNTED (via Goldstar)

19. The Venice Art Crawl is a free community event that showcases local artists and vendors. The March 15 Art Crawl will take place on Windward Avenue. FREE

21. National Geographic Live returns to The Broad Stage in Santa Monica on March 15-16 with the live talk Between River & Rim: Hiking the Grand Canyon. In case you’re unfamiliar, Nat Geo Live is an international show that brings real-life nature experiences to local communities.

22. See local comedy/music group The Cooties play their first show of 2018 at The Resident in Downtown Los Angeles.

23. There’s a free mindful awareness meditation going on at the Hammer. Participants are welcome to stay for the entire 30-minute session or leave when they choose. FREE

24. All My Single Friends is described as part comedy show and part live dating app taking place at the Copper Still. If you’re so over Tinder and Bumble check this show out where you’ll be in a room with some of LA’s best comedians and hottest singles.

26. PAC-MAN and Donkey Kong fans rejoice because the Arcade Expo is returning the Museum of Pinball in Banning from March 16-18 with some 1,100 retro and modern arcade games and pinball machines.

27. Premiere TV festival PaleyFest LA returns to Hollywood’s Dolby Theatre March 16-25 for another year of cutting-edge programs and panels connecting television fans with the stars of their favorite shows. Check for discount tickets before making your purchase. DISCOUNTED (via Goldstar)

28. Kick off St. Patrick’s Day with a midnight screening of Leprechaun at the Vista Theatre in Los Feliz.

30. ‘The Garden’ is a new series by the LA Phil offering complimentary pre-concert drinks and views of the DTLA Skyline followed by masterful performances. Taking place on select Fridays starting January 5 through June 1. Check for discount tickets before making your purchase to the actual concert.  DISCOUNTED (via Goldstar)

32. Kick off St. Patricks day weekend with a Santa Monica pub crawl (March 16 and 17) the crawl includes drink specials at around a dozen venues along Main Street.

33. There’s a Blade 20th anniversary screening in 35mm at Vista Theatre this Friday.

34. Head to Hollywood for an epic St. Patty’s Day Pub Crawl. Join hundreds of partygoers as you roam Hollywood for the best drink specials in town. DISCOUNTED (via Goldstar)

35. Westsiders put on your best green and partake in the annual Santa Monica Luck of the Irish bar crawl March 16-17. DISCOUNTED (via Goldstar)