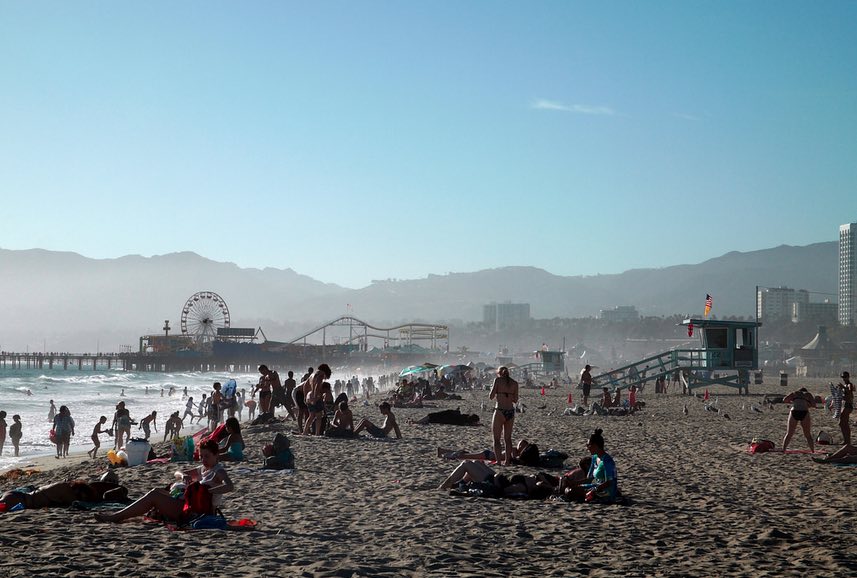 The best pilot scripts that never made it to T.V. are brought to life by a troupe of actors in a back-to-back-to-back session of 30 minute performances. Works written by Ken Levine & David Isaacs (M*A*S*H, Cheers), Richard Dresser (The Days and Nights of Molly Dodd, Keen Eddie) and Russ Woody (Murphy Brown, The Middle). Get more information and discount tickets via Goldstar.

Come celebrate the 50th anniversary of the first Japanese baseball player in the Major Leagues. Meet the legendary Masanori “Mashi” Murakami and author Robert Fitts of the recently published “Mashi: The Unfulfilled Baseball Dreams of Masanori Murakami, the First Japanese Major Leaguer” for a discussion on Japanese baseball and Mashi’s career and importance to U.S.-Japanese relations.

Part of the museum’s 50th-anniversary celebration, this exhibit will feature a collection of Japanese art, ceramics, netsuke, and more.

In a celebration of French artisans and culture in Los Angeles, Selavi Global and Canard Duchêne Champagne have teamed up to launch the brand new Le French Festival set to take place across Los Angeles from July 4th to 14th. The event will end with a closing night party produced by French Tuesdays on Bastille Day, July 14th at Riviera 31 at the Sofitel Hotel.

7. Moonlight Movies on the Beach

This seasons FREE Moonlight Movies on the Beach series at Granada Beach in Belmont Shore will screen Back To The Future. Movie starts at 8:00pm!

From 5:30pm to 6:30pm enjoy a sundown work session curtesy of Grand Park’s Boot Camp. This is a great way to spend rush hour if you work in DTLA! To get your sweat on meet at Grand Park’s Event Lawn between Spring and Broadway.

The theme for the Hollywood Jane Revue’s monthly show for July is GAME NIGHT! Acts will cover all manner of board games, card games, video games and more. All happening at The Rockwell.

Foundation is the key component to a flawless face. At this event you will learn how to create the flawless complexion you have always wanted. In addition guest go home with a A Makeup Tonight SwagBag!

11. Have Your Kiddie Bowl Free All Summer at Pinz!

Pinz in Studio City is giving kids two free games every single day of the summer. All you need to do is rent bowling shoes and register your child ahead of time.

12. Joseph Holtzman At The Hammer

New York–based artist Joseph Holtzman covered the walls of the Hammer’s project gallery with green felt, painted the ceiling green and placed Christmas-colored couches in the middle of the room. Its really the kind of couches you would sink into the moment you sit on it… hey guess what! you’re allowed to sit on these! A selection of Holtzman’s recent works from 2006 – 2011 will also be on view in the space designed by the artist.

Play Indiana Jones for a day with Escape Room LA! Find clues and solve puzzles to get your hands on a lost civilization’s ancient treasures hundreds of feet below Downtown Los Angeles! You’ll have less than an hour to escape, working with your team to solve challenging puzzles to break free. Get more info and discount tickets for this Wednesday via our friends at Goldstar.

15. The Groundlings’ Presents Annie Sertich: How to Not Kill Yourself for 30 Days

The Groundlings is a breeding ground for budding Los Angeles comedians. Enter Annie Sertich (credits: 2 Broke Girls, The Tonight Show, The Office..) and her one-woman show, How to Not Kill Yourself for 30 Days…, a dark comedic memoir where you can’t help but LOL yourself. Snag half price tickets via Goldstar for this popular returning show.

Downtown Los Angeles residents and their dogs are invited for some mingling, music, and shopping at this annual community event! Dodger dogs, snacks, a full bar and beverages are available for purchase. Dogs must be social, live in DTLA and remain on a leash at all times. Downtowners without dogs are also welcome!

The End Times Tour makes its way to the Irvin Amphitheater on Thursday, July 9 for a performance sure to kickstart some serious nostalgia for any audiophile who was born in the early 80’s. Check out Goldstar for more information and discount tickets to the concert.

An L.A. summer tradition the Twilight Summer Concert Series takes place right on the Santa Monica pier. To kick things off for the series is Morris Day with Da Funk. Don’t forget to RSVP for this free event. Just an FYI KCRW has free events all over the city this summer so take full advantage!

Every second Thursday of the month downtown Los Angeles creates a unique blend of art, community, culture and food known as the Downtown Los Angeles Art Walk. The Art Walk activities center around the galleries predominantly on Spring and Main streets between 2nd and 9th streets.

21. Romeo and Juliet From the LA Philharmonic

Need a little romance in your life? A romantic symphonic evening under the stars at the Hollywood Bowl with the Los Angeles Philharmonic awaits you! The music of Romeo and Juliet come to life under the direction of famed French conductor Lionel Bringuier. Featuring the work of two of Russia’s most famous composers: Prokofiev and Tchaikovsky and award-winning Armenian cellist Narek Hakhnazaryan. Tickets usually run $23 to $30 but our friends at Goldstar has them for $14 to $18!

22. Shakespeare By The Sea

This week of the summer free slate of Shakespeare performances come with an ocean view and a performance of The Tempest. Show starts at 8:00pm.

Back for its fourth consecutive year, The Silver Lake Picture Show is a free, summer-long community event that screens popular films in a picnic-like setting at Sunset Triangle Plaza. This week Amelie will be screened!

San Gabriel Summer Nights is a series of free street parties to be held each Thursday night starting on June 11 and ending on August 6. This week the party is at Vincent Lugo Park with a Rockin’ in the Park Concert.

25. Summer of Soul at the Hammer Museum

Summer of Soul at the Hammer Museum happens on Thursdays throughout the month of July. Happy Hour starts at 6:30pm in the courtyard, funky soul music starts at 7:30pm courtesy of KCRW DJs and performances by some of their favorite artists. Galleries also stay open for your late viewing pleasure. This event is free!

26. Shakespeare In The Park

This summer’s free slate of Shakespeare performances in Griffith Park continues this week with performances of Romeo & Juliet starting at 7:00pm. The show runs from Thursday-Sunday with July 4th as an exclusion.

This musical takes all the sexy, funny and memorable moments from the original movie, mashes them up with a soundtrack of top-40 hits from the 90s and then performs it all live onstage with a powerhouse cast and live band. Find discount tickets via our friends at Goldstar.

28. A Double-Feature Tribute to Robin Williams

This Thursday evening at the Aero theater get a double-feature tribute to the late Robin Williams, starting with a showing of The Fischer King (including a chat with Williams’ costar from the film, Amanda Plummer) followed by a screening of The World According to Garp. Get more information and discount tickets to the screenings via our friends at Goldstar.

The Plaza Level at FIGat7th in DTLA invites the public for a free night of music by King and Mara Hruby. Explore the bars and restaurants at Fig at the same time! Doors open at 7:00pm for the Plaza Bar and the show starts at 8:00pm.

Westfield Culver City and Westfield Fashion Square in Sherman Oaks are bringing back Summertime Cinema a summertime family fun movie screening series. Every Friday, starting July 10th through August 7th, beloved movies will be screened outdoors at both centers allowing attendees to relive the magic of the big screen. The movies are free to the public and viewers will enjoy various special goodies at the event.

Every June Grand Performances begins a summer-long concert series that brings Angelenos together with an eclectic mix of musical performances at a unique setting in Downtown L.A. The shows are 100% free to the public all summer long so bring you dance moves!

American Apparel will be throwing in-store shopping parties every Friday through July. From 6:00pm to 9:00pm shoppers can save 30% off storewide, nosh on free bites and beverages, and enjoy live beats by a Viva Radio DJ. This week the party will take place at the Los Feliz shop (4665 Hollywood Blvd.), and July 17th at the Downtown factory store (747 Warehouse St.).

33. Discussion: Can Urban Riots Cause Change?

California State Senator Holly Mitchell, urban sociologist Max Herman, and UCLA historian Robin D.G. Kelley will hold an enlightening discussion on urban riots. Topics will include whether the cost of riots outweighs the benefits, whether they can inspire real progress, and more. This is part of Zocola Public Square events.

ComedySportz is a fast-paced comedy show designed for the whole family. Watch as two teams battle for points and LOL’s at the National Comedy Theatre in Hollywood.  Tickets are priced between $15-$18 normally, but you can find half-price tickets (plus fees) via Goldstar.

35. Bring Your Own Dance Moves

Get your boogie on at this FREE weekly summer dance party hosted by the Music Center in Downtown Los Angeles.