13 Cool L.A. Events in August Every Angeleno Should Keep on Their Radar

Need stuff to do this August in Los Angeles? Got you covered.

We looked ahead on our calendar to highlight some of the best events happening in July 2015 around Los Angeles that you should probably have on your radar. After all, better to get your tickets now than wait till the last minute and find out your favorite event is sold out.

August highlights include The Brew at the Zoo, Echo Park Rising, CicLAvia on the westside, FYF Fest 2015, ScareLA, and the Long Beach Crawfish Festival (to name a few!). 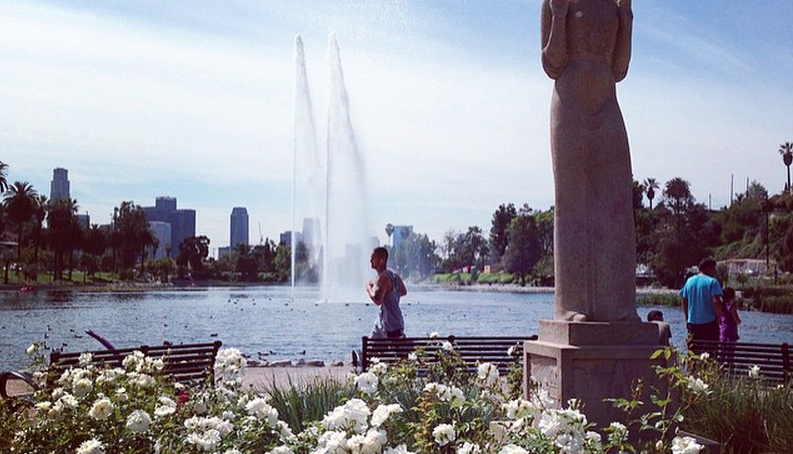 A week-long competition of surfing, skating, and bmx-ing down in Huntington Beach culminates with the finals for each series on Saturday August 1, and Sunday August. The surfing finals start at noon on Sunday.

Are you (like me) having summer hoops withdrawals? The Ball Up Million Dollar Challenge has been touring through 8 major U.S. cities whittling down the competition to find the best streetballing teams in the country. Now it’s down to the final six, and they’re all coming to Los Angeles at the end of July to crown the champion, who will also take home a $1 million purse. Local squad The Cheaters (led by Long Beach St. alum Casper Ware Jr.) will rep L.A. in the final rounds. The championship game is slated for Saturday, August first over at East Valley High School 5525 Vineland Ave, in North Hollywood. First place gets a $500,000 prize!

The Nike Basketball 3-on-3 Tournament at L.A. Live is one of the largest hoops tournaments and basketball related fanfests in the world, with an annual participation that exceeds 1,200 teams, 4,500 players and 25,000 spectators. Whether you choose to compete (still plenty of time to register) or just watch, this three-day hoops extravaganza taking place from August 7-9 is sure to be quite the spectacle.

Go to the L.A. Zoo after-hours to sample some 60 local and craft breweries , listen to live music, check out pop-up zookeeper talks, and taste delicious food trucks all as part of the Brew at the Zoo on Friday, August 7. Get more information and discount tickets for the Brew at the Zoo via our friends at Goldstar (while supplies last).

On Saturday August 8 come to the intersection of Hollywood and Vine to taste samples of more than 50 craft beers produced by more than 25 local and regional breweries. Oh, and there will also be an assortment of music (AC/DC cover band), live DJ’s, food trucks, and an after-party at Bardot (if you purchase a VIP ticket). Get more information and discount tickets for the event via our friends at Goldstar (while supplies last).

Wait, so there’s an entire convention dedicated to learning about the craft of making all-things scary? It’s called ScareLA and it’s coming to the Pasadena Convention Center on August 8-9. Get more information and discount tickets to the convention via our friends at Goldstar (while supplies last).

Browse some of the most remarkable and refined craft wares you’ll ever see at the 7th annual Unique LA Summer Market, coming to the California Market Center in DTLA on August 8-9. Tickets are $10 and include unlimited re-entry for both days free drinks from GT’s Kombucha, Boxed Water, Ventura Spirits, and The Naked Grape, as well as free snacks from Luna and Clif Bar.

CicLAvia (one of the the city’s largest ongoing urban walking / cycling events) heads to the Westside for the first time since 2013 with a six-mile route from Culver City to Venice. Explore neighborhoods, try local eateries, and walk or bike the streets of L.A. like you rarely ever can, all starting at 9:00am on Sunday, August 9.

The annual Long Beach Crawfish Festival is a playful mix of  Cajun, Zydeco, and New Orleans music, combined with tons of fresh crawfish and a bevy of Louisiana-inspired culinary creations. It’s the largest crawfish festival outside of Louisiana in the entire country, and it’s coming to Long Beach August 14-16, with tickets starting at $13.

Keith Sweat, K-Ci & JoJo, Jon B., Color Me Badd, Al B. Sure… If these R&B stars bring back pleasant memories and chill vibes of days you spent listening to the them in the early 90’s, then you’ll definitely want to check out the Summer Breeze Festival, coming to the Queen Mary in Long Beach on August 15. Get more information and discount tickets via our friends at Goldstar (while supplies last).

Now back for its 12th year, the FYF Fest will be coming back to its new home at the LA Sports Arena & Exposition Park over a two-day slate on Saturday, August 22 and Sunday, August 23. Here’s the the full lineup for the 2015 event.

A number of the FREE summer-long series (movies, concerts, festivals, etc..) held around L.A. will be wrapping up in August/September.

Here are few to keep on your radar in case there’s one you haven’t been to yet:

Got any other suggestions for August or things we missed? Let us know so we can write about those too!