A Handy List of Fun & Free L.A. Event Series Every Angeleno Can Check Out For Summer 2015

Summer time in Los Angeles is a great time to enjoy all that our city has to offer, and specifically, get to know L.A.’s parks, neighborhoods and landmarks through a vast collection of fun (and free!) outdoor event series that take place from June till September.

To that end, below I’ve compiled a rundown (in no particular order) of free L.A. event programs/series, all taking place this summer, ranging from neighborhood movie screenings to public park concerts, dance parties to free Shakespeare performances (parking costs not withstanding).

Hopefully you find it useful and it helps you plan your summer in L.A. a bit better.

Feel free to let me know in the comments if you think I missed anything, or if you know of an event series that should be added to the list.

And, as always, enjoy! 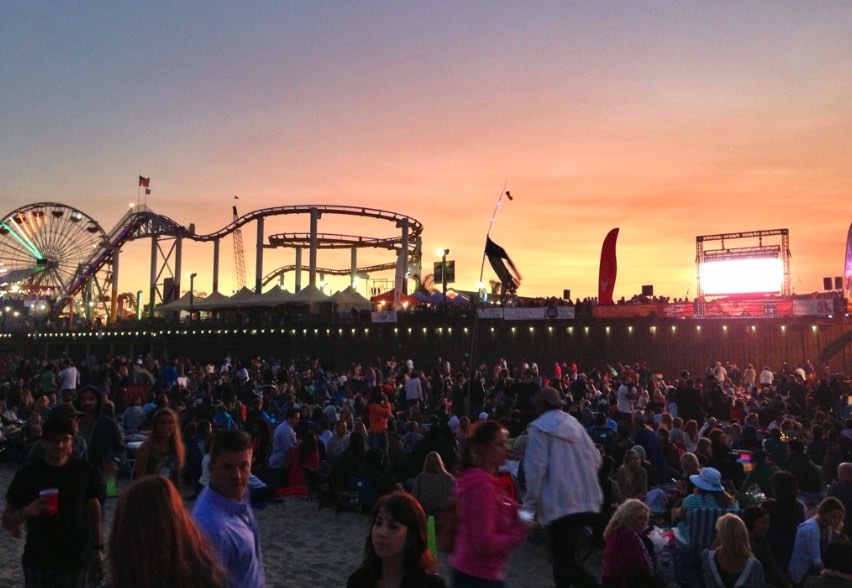 An outdoor movie series where you can watch some of the best films of all-time right on the beach while bathing in the sweet summer moonlight? Yup. The Moonlight Movies on the Beach series takes place in Belmont Shore (Long Beach) on Granada Beach starting on June 22 with a screening of National Lampoon’s Summer Vacation. The series runs until August 27. FREE!

The Silver Lake Picture Show series closes off Sunset Triangle Square to screen outdoor movies every other Thursday during the summer. Screenings are preceded by performances by live bands and short films produced by local filmmakers. FREE!

A family friendly concert series featuring both award (Grammy) winning and emerging artists, mixing a variety of genres from Latin to Jazz to Americana, and more. Both local Levitt Pavilion Concert programs (at McArthur Park and in Old Town Pasadena) will feature 50 separate concert dates starting in June and ending in September. FREE!

The Downtown Art Walk is a free self-guided, public art fest that takes place (normally) on the second Thursday of every month along Gallery Row and this summer they’re featuring some brand new programming that offers up a great reason to make a return trip (or experience it for the first time!). In June the Art Walk will premier a Short Film Festival showcasing 10 short films from LA-based artists and filmmakers taking place at The Regent Theater from 6:00pm -10:00pm on June 11. The same day They’ll also be offering a free tour of the L.A. Times’ Olympic Printing Plant (the largest of its kind in the nation). RSVP via Eventbrite if you want to take the tour. FREE!

KCRW offers loads of free concerts this summer, starting with their Summer Nights series which has multiple dates scheduled for events in Chinatown and at the Hammer Museum. Additionally, KCRW is sponsoring free concerts at the Santa Monica Pier and the Annenberg Space for Photography with notables such as Ariel Pink, TV on the Radio, and more. FREE!

Every June Grand Performances begins a summer-long concert series that brings Angelenos together with an eclectic mix of musical performances at a unique setting in Downtown L.A. FREE!

Starting on Thursday, June 11 ‘Surf’s Up’ kicks off a lineup of ‘San Gabriel Summer Nights’ street parties to be held each Thursday night starting on June 11 and ending on August 6. Two locations: The San Gabriel Mission Playhouse and Vincent Lugo Park. FREE!

For 13 Fridays in a row (starting Friday, June 5) The Music Center in downtown Los Angeles will host FREE dance parties open to the public, including live bands, DJs, open dance floors and some events even include complimentary dance lessons. FREE! 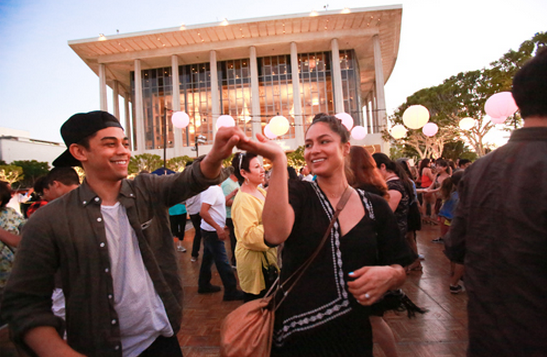 9. Manhattan Beach Concerts in The Park

The Manhattan Beach Concerts in the Park series is an annual, summer-long event held each year at Polliwog Park. 2015’s lineup of shows begins July 5 and runs weekly until September 6. FREE!

Live music under the stars at the Beverly Canon Gardens (between The Montage Hotel and Bouchon). Two sets each evening: 6:00pm – 6:45pm and 7:15pm – 8:00pm. Concerts will feature genres ranging from Jazz and classic Standards to Big Band and popular local bands. FREE!

13. Free Shakespeare in the Park (and By the Sea)

There are multiple free, outdoor Shakespeare productions/festivals that happen every summer in Los Angeles, most notably at Griffith Park near the Old L.A. Zoo, which will be hosting performances of Romeo & Juliet and Much Ado About Nothing this summer this year. Also, the 18th season of Shakespeare By The Sea will feature productions of As You Like It and The Tempest at more than a dozen locations spread over Los Angeles and Orange County beginning on June 18 and concluding on August 22. FREE! 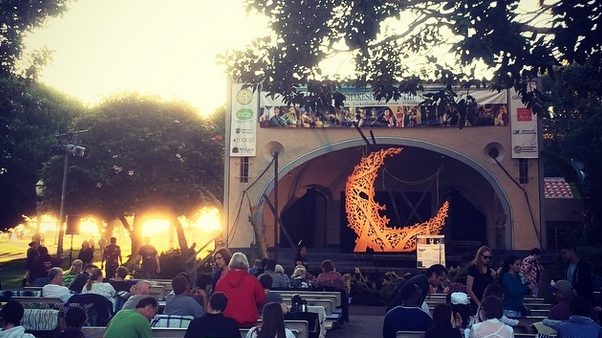 Friday Flights is a unique monthly evening at The Getty where local musicians, visual artists, and creative thinkers present work that blurs the line between music and contemporary art. At Saturdays Off The 405 Getty visitors can enjoy outdoor music with performances by up-and-coming bands and DJ sets to close off the evenings.  Both events are FREE!

Fashion site Who What Wear is hosting a series of free outdoor movie screenings on the lawn at The Grove every Thursday evening this month. It’s called Street Style Cinema. FREE!

Twice monthly movie screenings are taking place in Playa Vista starting on June 19. All screenings will be at either Concert Park or Central Park Bandshell. See the official website for complete dates. FREE!

A new art walk just for summer is happening in downtown El Segundo every third Thursday!

Whether it’s going to an art walk, sampling delicious food trucks or checking out a free night at a museum, first Friday events are a great way to connect to your local community and get out to do a little exploring. Here’s a list of ongoing First Friday events happening in Los Angeles. FREE!

What event series are you looking forward to this summer? Did we miss anything? Let us know in the comments below!