Need stuff to do this June in Los Angeles? Got you covered.

We looked ahead on our calendar to spotlight some of the best events happening in June 2016 around Los Angeles that you should probably have on your radar. After all, better to get your tickets now than wait till the last minute and find out your favorite event is sold out.

Complete rundown starts after the jump.

[ALSO: Here’s a list of all the free museum days in June you can take advantage of!] 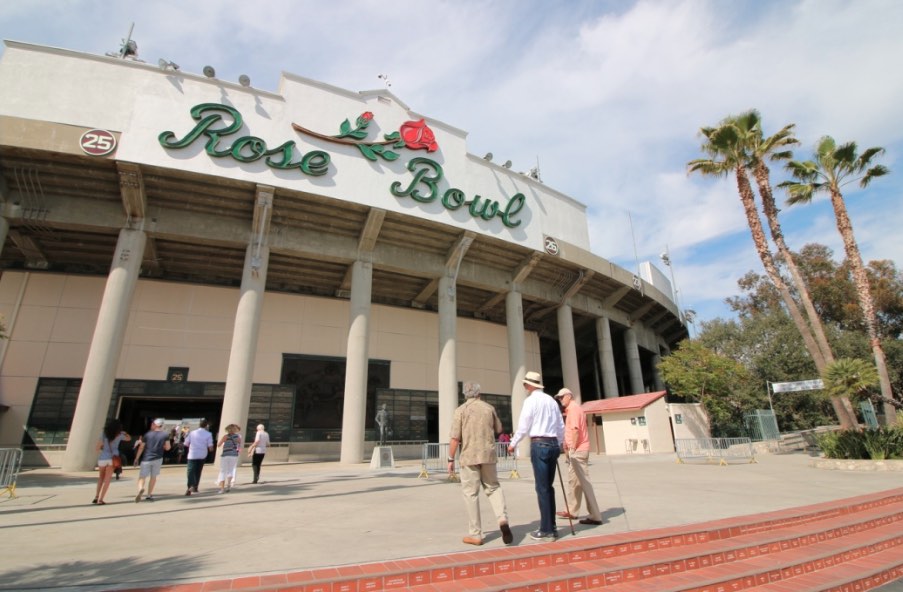 Entering a food fest at the Rose Bowl. Photo credit: Brian Champlin / We Like L.A.

Line dancing, saloons, and country tunes will take over the Queen Mary on June 4 for the 2nd annual ShipKicker Country Music Festival.

Over 50 restaurants and beverage providers (including Union, Bellwether, Plan Check, and Terrine, among others) will come together for a foodie bonanza at the Los Angeles Taste taking place on Sunday, June 5 from 1- 4 p.m. at Media Park in Culver City.

Urban Air Market will come to life in the Historic Core of Downtown on June 5 with over 75 unique vendors offering everything from home goods to body products, all produced by an array of independent artists, artisans and designers committed to sustainability.

Intrude is an acclaimed public installation created by Australian artist Amanda Parer featuring “monumental sculptural rabbits, each sewn in white nylon, inflated and internally lit.” The installations will be coming to Los Angeles starting on June 5 as part of a four-city U.S. tour that kicks off in New York starting this April.

Time Out Los Angeles is putting together a shindig featuring some of the best donuts in L.A. at the Avalon in Hollywood on June 11. Guests will be able to enjoy sprinkle and frosted treats from an array of restaurants, bakeries and donut shops including ICDC, DK’s Donuts, The Church Key, Donut Farm, Spudnuts Donuts and more.

Presented by the LA Phil at the Hollywood Bowl, the 38th annual Playboy Jazz Festival will feature an internationally acclaimed all-star lineup of accomplished jazz musicians, along with up and coming artists.

In honor of the Hippodrome’s 100th birthday there will be a public celebration at the Santa Monica Pier on June 12 featuring 5-cent carousel rides, apartment tours, and special ice cream treats.

This June The Music Center aims to put hip-hop on full blast through a special series showcasing the art of hip-hop dance through live performances, international dance competitions, discussions, demonstrations, and one heck of a late-night dance party.

The foodie and k-pop takeover of Koreatown returns for the weekend of June 17-18 with impressive list of participating restaurants, entertainment options and other special vendors (and even an expected appearance by Mayor Garcetti)

The Vegan Beer and Food Festival heads back to the Rose Bowl for a massive day of craft beer, ciders, kombucha, cold brews, plus delicious bites from the 50+ vegan vendors that will be on hand.

The masterminds behind Smorgasburg in Brooklyn are bringing their popular food hall concept to Downtown Los Angeles on June 19 and their’s a massive roster of L.A. heavy hitters involved.

The Moonlight Movies on the Beach series is back for 2016 with a full summer of free screenings taking place at Granada Beach in n Belmont Shore (Long Beach), starting on June 21 and continuing every Tuesday at dusk until August 30

Back now for its fifth year, The Silver Lake Picture Show is a free, summer-long community series that screens popular films in a picnic-like setting at Sunset Triangle Plaza. The series begins on June 23 with a screening of Raiders of the Lost Ark.

Celebrate the start of summer with the Norton Simon Museum’s Third Annual Garden Party, held in its lovely sculpture garden on Saturday evening, June 25 from 5 to 8 p.m Designed to bring the Museum experience out of the galleries and into the great outdoors, event-goers will enjoy live music, sketching, tea, and more.

On Saturday, June 25 The Last Bookstore will play host to a Harry Potter themed night of performance, costumes, butterbeer and books. The event is being organized by The Show That Shall Not Be Named, a group of LA-based improvs who create and perform on-the-spot stories based on the world of Harry Potter and audience suggestions

The Broad is starting a new ticketed live event series featuring late-night music, performance and spoken word showcases throughout the museum, including the outdoor plaza. On Saturday, June 25, Nonobject(ive): Summer Happening at the Broad will feature music by Perfume Genius with choreography by Narcissister. Pop-up salon by Mutant Salon, and DJ sets by Lotic and Cindytalk.

CatCon returns to LA for a feline-filled weekend of everything kitty lovers could ask for, including free manicures and cat eye makeup, Purr-ditation Station (where cat purrs are meant to encourage meditation), speed dating (humans only) and more than 150 vendor booths

The 11th annual LAWineFest is back on June 25-26 for two days of delicious wine, artisan beer, and gourmet foods.

What events are you looking forward to this June in Los Angeles? Let us know in the comments below!