Every month Christina and I are always figuring what’s happening next in Los Angeles.

What should we be writing about? What events are coming up? What should we include in our weekly email newsletter and monthly previews?

To keep track of it all I’ve been cataloguing ideas in an excel style document for our own internal use. But as the list has grown over time, it occurred to me that a similar listing suitable for public distribution might prove equally useful for our readers.

That is to say, you guys ALSO probably want to be kept apprised of all the annual tent-pole events, festivals and series happening in L.A. on a month-by-month basis.

So here it is!

First, some well-known events, such as CicLAvia, that have indeterminate event dates are omitted from the list (you can’t always predict when an event like this will pop-up).

Secondly, I’m well aware events like Coachella or the Newport Beach Boat Parade aren’t technically in L.A. County, but I’d still identify them as signature regional events, and thus, they make the cut.

If you have additions, recommendations, edits or feedback, please comment below so we can continue to update the list and make it more valuable to all readers. Some months are a bit leaner than others (ahem, December), so suggestions are super helpful. 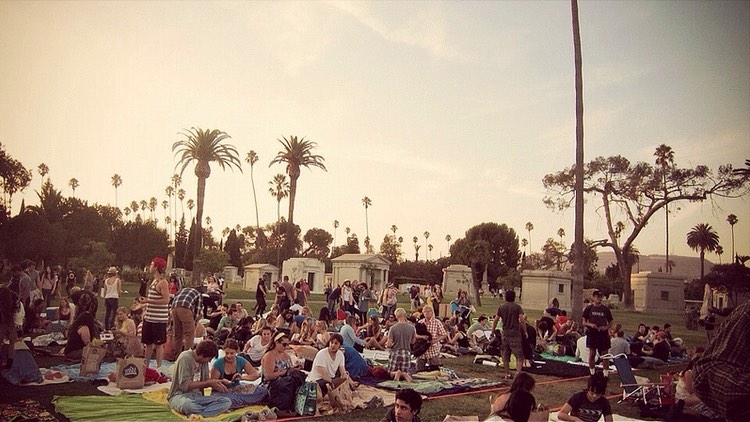 Festival of the Kites

Blessing of the Animals

May Events in L.A.

Museums of the Arroyo Day

Moonlight Movies on the Beach (begins)

Moonlight Movies on the Beach (continues)

Twilight Concerts at The Pier (begins)

US Open of Surfing

Moonlight Movies on the Beach (concludes)

Twilight Concerts at The Pier (continues)

Twilight Concerts at The Pier (concludes)

LA Day of The Dead

Tree Lightning Ceremony at The Grove

Want to suggest an addition to the above list? Let us know in the comments below!